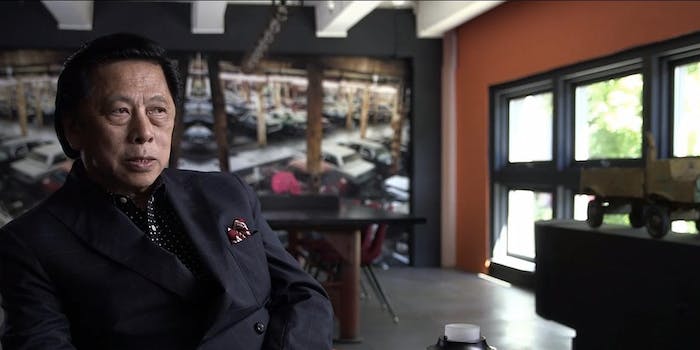 Can this short film scratch your ‘Mad Men’ itch?

If every project starts with a brief, why do some wind up so much better than others?

Briefly is a heady, visually rich film that brings to mind a glorious gastronomical experience that thrills an audience of extreme foodies but leaves most of us craving a cheeseburger. Except in this case, the foodies are advertising gurus, and the cheeseburger is a Mad Men marathon.

From the minds of San Francisco-based marketing/branding firm Bassett and Partners comes Briefly, a 26-minute feature that examines the brief—the mission statement, treatise, premise, or whatever clever name you call the words that become the genesis of the next big thing. The notion of a brief is viewed through the lens of six creative sorts that span the agency and arts world each exercising his or her ability to add ethereal nuance to the narrative. Those who follow the world of digital marketing will share with their peers. The rest of us, not so sure.

Briefly from Bassett & Partners on Vimeo.

So then who is the audience for Briefly? “It’s not a general audience film,” says Tom Bassett, whose firm produced the project. He explains that examining the 1 percent of those who are recognized creative geniuses can help inspire the 99 percent of us who seek inspiration in whatever work we do. “I think it is more than an ad film,” says Bassett. “People from all walks of life can gain inspiration.”

For those familiar with the former AMC show, The Pitch, Briefly resembles the cute segments in which we, the viewer, become voyeurs as boutique agencies huddle to come up with pitches to convince big brands that can outslogan the competition and help sell more pizzas, Subway hoagies, Popchips, or Fuller Brush cleaning products. In the case of Briefly, however, the approach is broader than just clever ad work geared to sell stuff; we hear architect Frank Gehry speak to the turmoil around creating a memorial for former President Dwight Eisenhower and how social and political issues can play a major role in the deployment of what starts out as a simple brief. Often a brief can resonate in its basic premise, Gehry says in the film, but can lead to great disagreement in execution.

The narrative of Briefly centers around interviews with David Rockwell, Gehry, John Boiler, Maira Kalman, John C. Jay, and Yves Behar, each providing his or her point of view about the role of the brief—a mixed drink with equal parts love and hate with a Zen-like swizzle stick. “I don’t believe in briefs; I believe in relationships,” opines Behar. “Audacious briefs make shit happen,” adds Boiler. Jay, whose agency developed the controversial 1996 Nike campaign for the Summer Olympics, comments: “You should cut the marketing bullshit and get to the truth.”

Perhaps bitten by the Mad Men bug, folks in marketing circa 2014 like to come off as modern-day versions of Don Draper, substituting groovy glasses and carefully rumpled hairstyles for ’60s unfiltered cigarettes and Brylcreem. Briefly has to be commended for capturing the raw and often unflattering personae of these thought leaders which gives the film an authentic feel. For example, comparing the essence of creating the ultimate marketing brief for a campaign to sell cellphones or athletic shoes to the Jewish Talmud pushes ego to new limits. Such unfiltered views add to the message that the commercially focused creative process is not one for shrinking violets.

Bassett’s approach to the topic is thoughtful; he notes that while the role of the ad agency has evolved from just being a purveyor of memorable taglines to being a provider of technology and other services, the brief is a constant that dates back to real-life Mad Men days.

Ultimately, Bassett’s film explores the question that spans his industry’s generations: “If every project starts with a brief, why do some wind up so much better than others?”