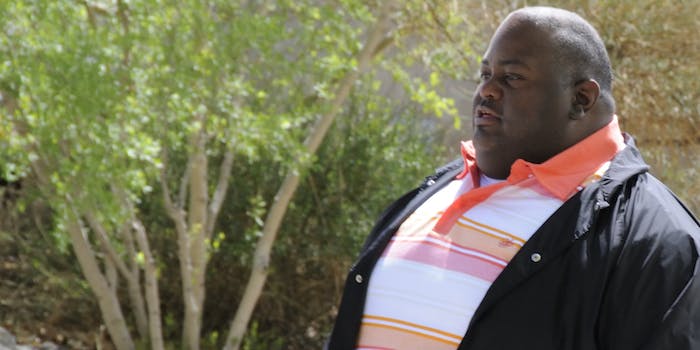 The ‘Breaking Bad’ series finale answered every question except…

It’s hard to talk about the Breaking Bad finale without dunking your head into a spoiler Jacuzzi, but let’s just say Gilligan and Co. tied up all the loose ends nicely. After what must have been the tensest half-season in TV history, it was nice to have some real closure and—finally—breathe out. “Felina” answered just about every question fans had. Does Jesse get his revenge on Todd? Who is the ricin for? Does Skyler live? … Every question except one.

LMAOOO Huell is still there. pic.twitter.com/2xqCze7jre

What happened to Huell?! #breakingbadfinale

Wait a sec, where is Huell Babineaux? Last we saw Saul Goodman’s bodyguard, he was chilling in a safehouse until further notice, believing Jesse’s brains were elsewhere than in his head and that he himself was in mortal danger. Hank told him to stay put. As far as we know, Huell never left.

So what happened to Huell and Ted Beneke???

@aaronpaul_8 What happens to Huell??!

A Place Beyond Time, the Ancient Consciousness That Has No Name watches the silent figure of Huell transcend the dimensional borders.

Next week on Breaking Bad, the gripping conclusion you all have been waiting for – What actually happened to Huell: https://t.co/TGvO5mQAY8

someone let huell out

You didn’t answer one question. What happened to Huell?? Is he still in the hotel room? I NEED TO [email protected]_AMC #breakingbad

Huell out of the safe house for just the weekend don’t tell hysenberg @ stand up live Phoenix,Az sept 27-28th

I would tell Heisenberg, but [SPOILERS]!