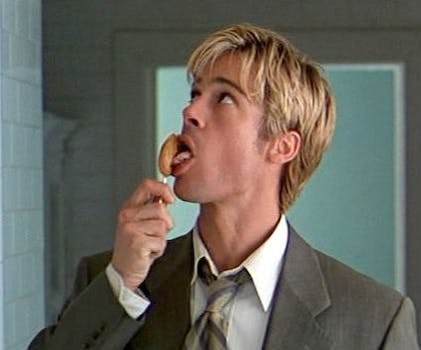 Here are the highlights from the new single-purpose Tumblr, Brad Pitt eating things.

Actor Brad Pitt has starred in over 40 films and in almost every single one of them he can be seen eating or drinking something. So why not make a blog with photos and screenshots of him doing so?