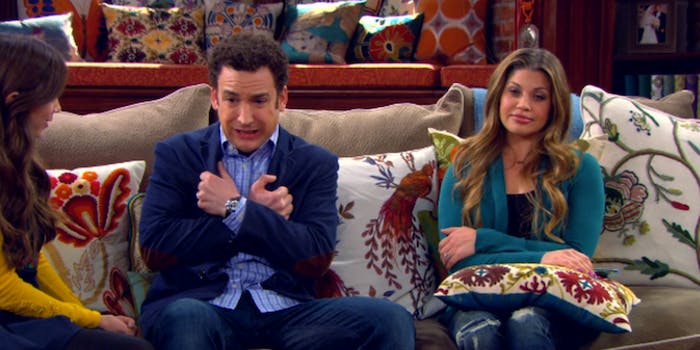 The bad news is its Disney Channel spinoff series—Girl Meets World—about Cory and Topanga raising a family of their own, might have just taped its series finale. The good news is: If that’s the case, at least it’s going to be an amazing episode.

The Disney Chanel released a photo Thursday showing the cast along with a ton of members from the original series, and apparently they all came together to film a reunion episode. It’s the biggest Boy Meets World reunion that’s taken place to date.

Girl Meets World star Rowan Blanchard tweeted earlier in the week that she knows as much as fans do about the show’s future (i.e. nothing), but she did emphasize that the reunion episode was a special experience for everyone involved.