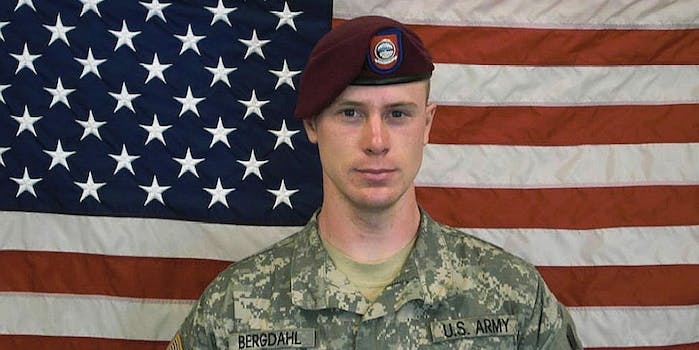 Bergdahl will be discharged dishonorably.

Military judge Col. Jeffery Nance on Friday found that Sgt. Bowe Bergdahl, the soldier accused of desertion by the U.S. Army, will serve no prison time for walking off his Afghanistan post in 2009.

Bergdahl will, however, be discharged dishonorably, have his ranked reduced to private, and forfeit pay equal to $1,000 per month for 10 months.

BREAKING: Bergdahl to get dishonorable discharge, lose rank, forfeit pay in addition to getting no prison time.

After walking off his post, the 23-year-old Bergdahl was held captive by the Taliban from June 2009 to May 2014. He was released in a prisoner exchange greenlit by President , prompting a U.S. debate over whether Bergdahl should be blamed for endangering U.S. troops.

Prosecutors argued Bergdahl should be imprisoned for injuries inflicted on fellow servicemen who risked their lives to search for him, while the defense attorneys argued the sentence should be lighter because of the suffering he endured as a Taliban captive and his mental health problems, according to Politico.

Serial, a podcast that uncovers true stories, focused on the Bergdahl case over the course of its second season. After the verdict was announced, the podcast said it is working on a coda—or a concluding episode—for the second season.

We’re working on a coda to season two.

The decision on Sergeant Bergdahl is a complete and total disgrace to our Country and to our Military.

I was just informed on air by Tony Katz that Bowe Bergdahl walks. I'm livid. This is a disgrace. I am ashamed of the Army, but never of the troops – just the Army officer corps that has so disgracefully let us down.

Bergdahl, who reportedly appeared to be tense upon hearing the judge’s ruling, has not yet commented on the verdict as of press time.