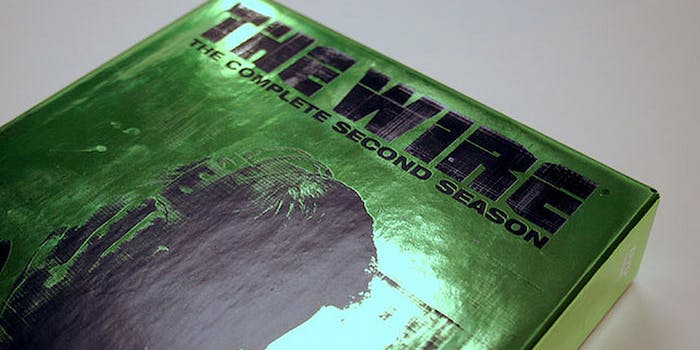 This new bot makes animated GIFs out of random scenes from the beloved HBO series The Wire.

Automating fandom may be the future—at least according to this new robot that makes animated GIFs out of random scenes from the beloved HBO series The Wire.

The TV and movie GIFs that cover Tumblr may seem bizarre out of context, especially if you’re unfamiliar with the fandom they come from. So a Massachusets programmer named Darius Kazemi decided to take it a step further and created a bot that produces GIFs from insignificant scenes in The Wire. The bot posts a new GIF from seasons 1 or 2 every hour to WireScenes.Tumblr.com.

Do fans really just post anything having to do with a show without really caring what it is? How many reblogs can half a garbled sentence out of Jimmy McNulty’s mouth get? A million? Weird. On his blog, Kazemi says the bot takes video and subtitles with timestamps, matches them up and creates random .gifs to upload to the project’s Tumblr.

Sometimes the bot will catch a really great line of dialogue (after all, The Wire is not wanting for those). But in between “If you come at the king, you best not miss” and “Omar coming!” there are some really pointless .gifs.