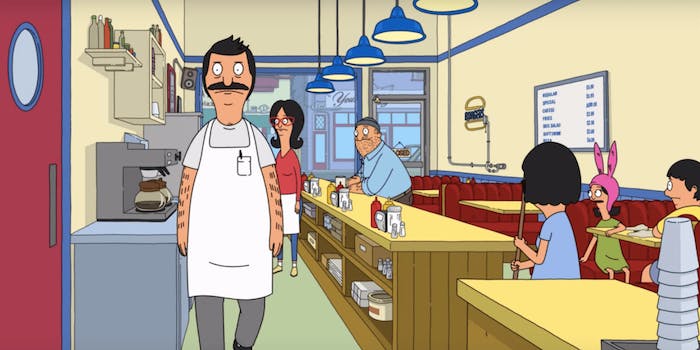 When Disney’s latest film schedule arrived, it appeared that the Belcher family wouldn’t make the silver screen after all. Disney had seemingly removed the Bob’s Burgers movie from its release schedule for 2020. Fans of the show were immediately upset by the news.

“The Bob’s Burgers movie has been removed from Disney’s release schedule. You know, the world is cold and hard, and all I want is my Bob’s Burgers movie,” Twitter user @renegadecut wrote. “It’s almost like once Disney bought the Fox stuff and inched closer to monopoly, its schedule became too crowded HMMMMM.”

“Lmao I swear if Disney canned the Bob’s Burgers Movie release because they were afraid it would put even a tiny dent in fucking Jungle Cruise’s box office the next week,” another frustrated user wrote.

A feature film for the animated hit series was previously scheduled for July 17, 2020, when Fox was in charge of theatrical release, prior to Disney’s acquisition of the company earlier this year.

Yet in a shocking reversal, it all turned out to be an accident. The film’s removal was simply a mistake, and a Bob’s Burgers movie is likely to happen after all. Disney sent out an updated schedule with the correction.

UPDATE: Don’t worry, BOB’S BURGERS fans! The movie version is back on the Disney release schedule for 2020! pic.twitter.com/Ski1zMhcKD

Bob’s Burgers, created by Loren Bouchard, focuses on the Belcher family: third-generation restaurateur Bob, his wife Linda, and their kids Tina, Gene, and Louise, who run a hamburger restaurant. The show, currently rounding out its 10th season, has become one of the most beloved comedies on television.

A Bob’s Burgers movie may eventually result in the series landing on Disney+. The show currently streams on Hulu via a pre-merger exclusivity deal.