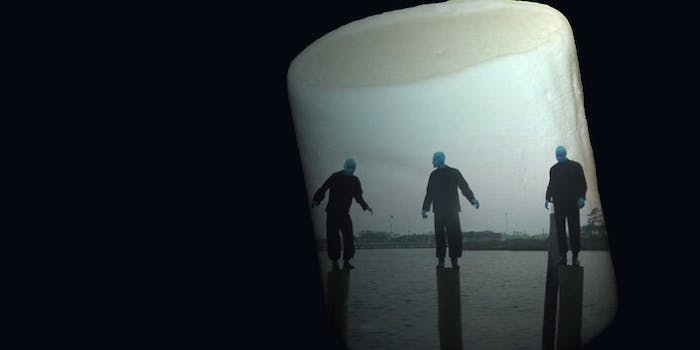 They're true, and they're blue.

Could the next stars of True Detective be blue? That’s the thinking behind the Blue Man Group‘s spoof of the show’s moody opening sequence.

Blue Detective may not be a gritty as True Detective, but with all that paint, it’s at least as messy.