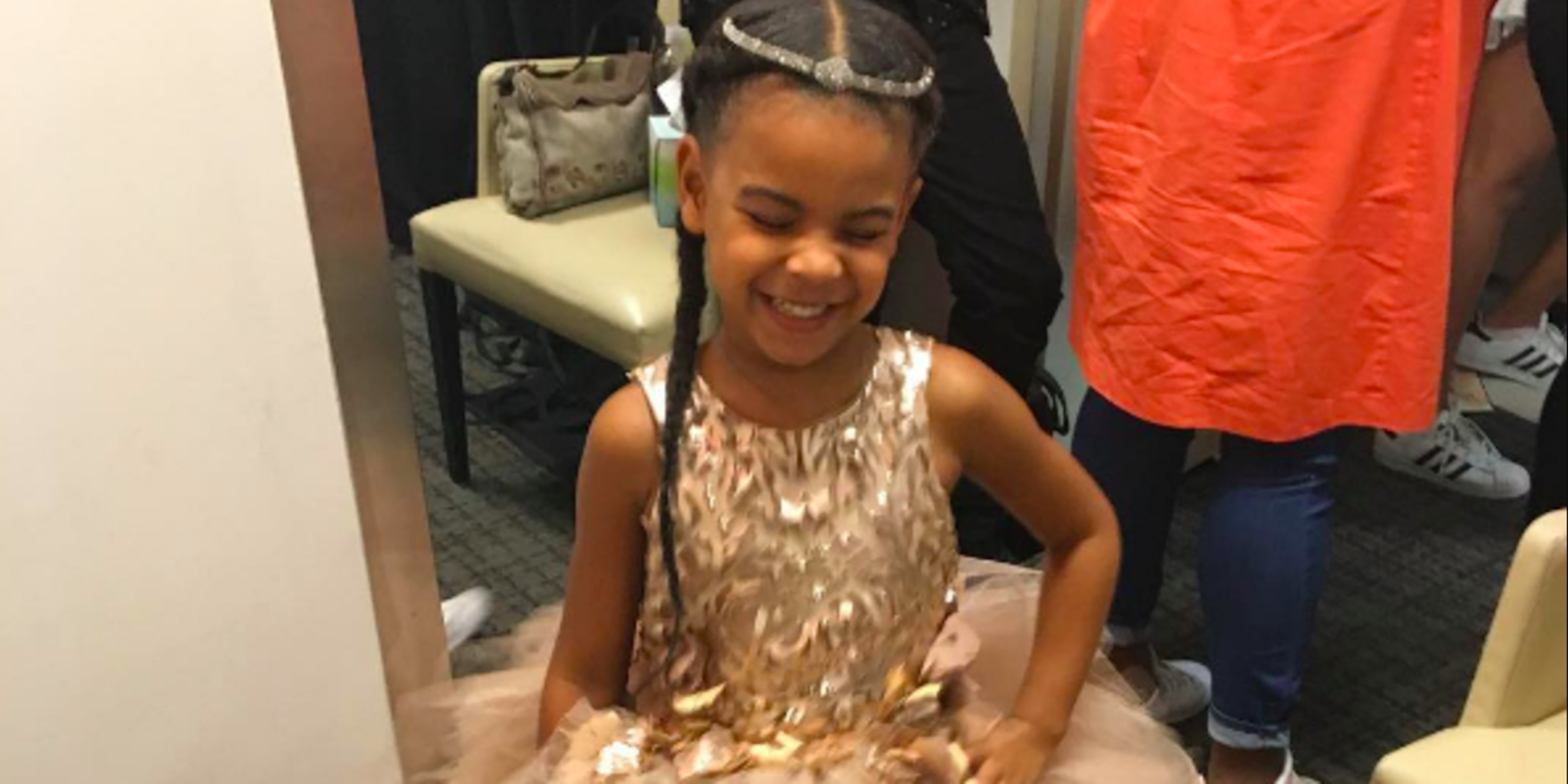 You're never too young to be an art connoisseur.

Celebrities gathered at the second annual Wearable Art Gala this weekend hosted by Beyoncé’s mother, Tina Knowles Lawson—but it was her granddaughter who stole the show by the end of the evening.

Beyoncé and Jay-Z made a rare public appearance together in honor of the L.A. auction—which benefits the WACO Theater Center in Los Angeles—and brought along their 6-year-old daughter Blue Ivy, who adorably wore a matching outfit with her mother.

It was during the gala’s live auction that Blue really stole all the attention when she raised her paddle and bid $17,000 on an acrylic painting of a young Sidney Poitier.

When the price went up, she made another bid at $19,000, and Jay-Z jokingly tried to snatch the paddle away from his daughter’s hand to prevent higher bids. Although Tyler Perry ended up taking home the portrait for $20,000, Blue bid $10,00 on the next item—a 36” x 36” piece of art composed of deconstructed law books from Indiana and medical books from California, created by artist Samuel Levi Jones—and won.

Star Jones, who led the auction, said Blue’s enthusiasm showed that her parents have been teaching her the importance of collecting art.

“Her mother and father have been talking about how you gather art and that is a big deal for African-Americans,” she said.

Fans at the auction shared video footage on Twitter of the adorable moment.

LOL! Jay-Z trying to stopping Blue Ivy from bidding $19,000 on art is all you need to see today. https://t.co/dr1INX1RnW pic.twitter.com/eoTqgvsnrn

Blue Ivy bidding on $19,000 dollars worth of art. I’m fucking weak. Her and Jay-Z were fighting for the paddle. Blue Ivy said she got the money. LMFAOOO

Blue Ivy buying art worth 19K is bound to be a rap lyric someday.
"You bitches so broke, I swear you make me sick
I been getting 19K in art since I was only six"

Whenever you’re feeling yourself a bit TOO much & need to be humbled a bit, just know you’ll never have the juice like Blue Ivy. https://t.co/2IxxZt4s61

Beyoncé also joined in on the action and made a winning bid at $17,000 on a set of Lorraine Schwartz panther earrings that she had previously worn to an event, according to Vanity Fair.