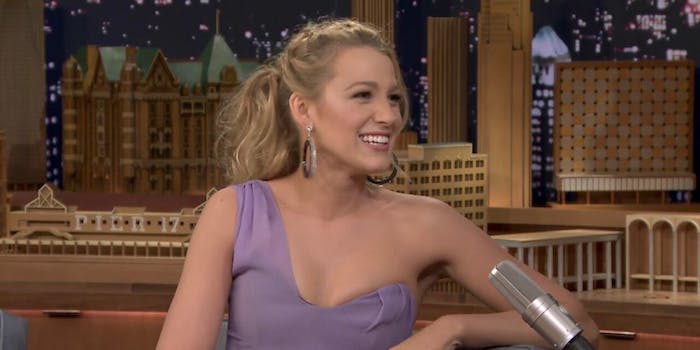 A couple months ago Ryan Reynolds lightly trolled his wife, actress Blake Lively, with a social media birthday post in which he cropped most of her out of the picture. But now that it’s Reynolds’ birthday, Lively is getting back at him with a bit of trolling of her own.

She shared her birthday post for him on social media Monday, and like Reynolds’ photo, it featured most of a happy couple. But not her and Reynolds. Lively cropped Reynolds partially out of a photo of him with Ryan Gosling, so that it mostly centered around Gosling.

Lively didn’t wait long to declare victory as she shared a GIF of herself pretending to punch Reynolds. But we imagine this war of crops is far from over.