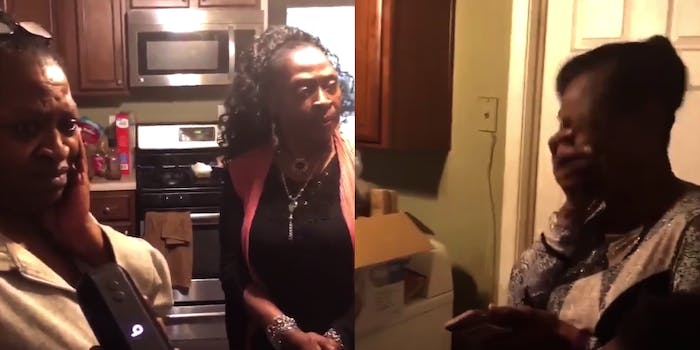 Taylor Swift released a country cover of Earth Wind and Fire’s R&B disco hit “September” last week that, uh, didn’t impress Twitter (to say the least). But perhaps the least entertained of all are these three older Black women, who did not realize what they were signing up for when they let someone a little more social media-savvy record them listening to the song at home.

The trio of women stand in a kitchen, each with a different intense reaction to Swift’s mellow, guitar-driven version of the dance hit. They each take turns frowning in confusion, giggling like a kid in Math class, and side-eyeing one another as Swift plucks her way through the chorus, country-style:

It’s truly a tag yourself kind of video.