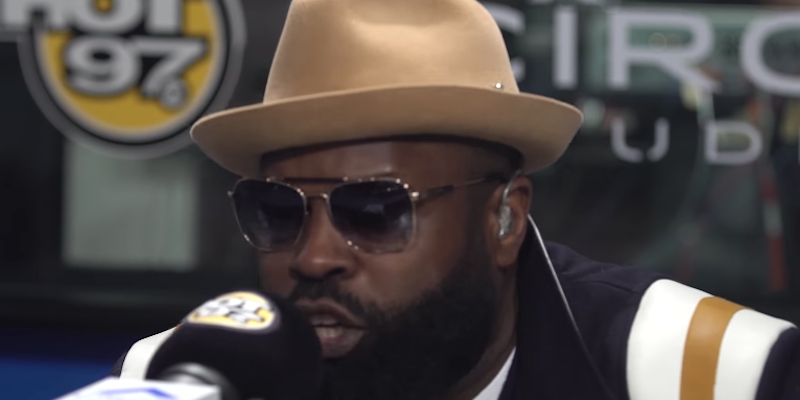 New York radio station Hot97 likes to invite rappers to freestyle when they stop by the studio. It’s fun for fans to see their favorite artists think of rhymes on the spot, but rarely are the verses so good they go viral outside of their fandoms. That all changed Thursday night when Tariq Trotter, better known as Black Thought from the Roots stopped by.

The MC didn’t just freestyle for host Funk Flex, he unleashed a 10-minute, continuous verse that cameras were able to capture in one amazing take. The rapper’s name trended on Twitter in the U.S. all night Thursday, and the video is No. 6 on YouTube‘s trending list.

And it’s for good reason:

Black Thought’s signature political, heartfelt wordplay is front and center as he delivers improvised lyrics about everything from Henrietta Lacks to Ethiopian coffee. The verse had many journalists calling him the GOAT, and wondering how long it would be before the transcribed lyrics would be taught in English and Sociology classrooms:

THIS IS THE GREATEST FREESTYLE IN ALL OF HIP HOP HISTORY!!!! @BlackThought https://t.co/IffabCoZcV

Black Thought’s bandmate and friend since high school Questlove seized the opportunity to teach a little history lesson, and tweeted a thread of the rapper’s best freestyles throughout his career:

For Black Thought’s part, the attention didn’t seem to impact his signature chill attitude, tweeting Thursday night that the verse was “just what [he] had to say at the moment lol.”

That verse was just what I had to say at the moment lol.