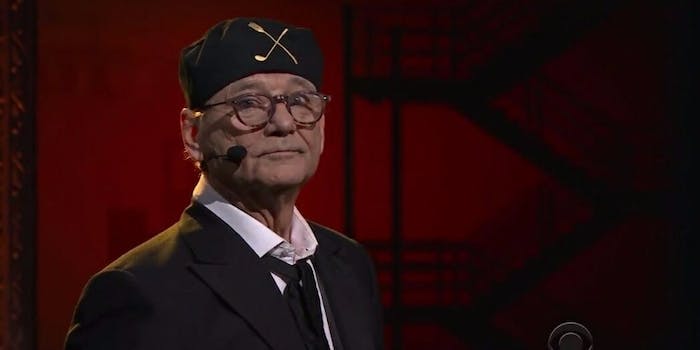 Screengrab via the Late Show With Stephen Colbert/YouTube

With Donald Trump directing his ire at the people of Puerto Rico, who are still reeling from the effects of Hurricane Maria, some, including Hillary Clinton, have wondered whether Trump knew that the island residents were American citizens.

Thankfully, Bill Murray is here to give us a lesson that yes, Puerto Rico is part of the U.S., and he did so while nailing this West Side Story medley on the Late Show With Stephen Colbert.

With Murray promoting a new album with German cellist Jan Vogler, he gave us the most musical tutorial for which we could have asked. Where is Puerto Rico, you might have wondered? Murray is happy to croon the answer to you.

Come for the geography lesson in “America,” but make sure you stay for Murray’s rendition of “I Feel Pretty.”