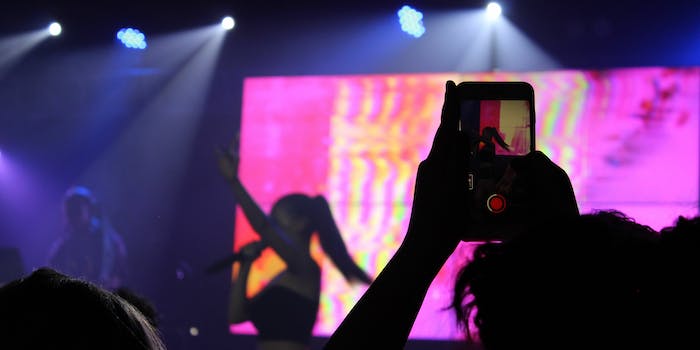 Bhad Bhabie’s debut mixtape ’15’ was worth the wait

She’s not here to piggyback off of a meme.

That red-headed teen you saw on Dr. Phil? That “Cash Me Outside” girl? That version of Danielle Bregoli is dead and gone. Breakout meme turned rapper Bhad Bhabie is a pop idol now, and her debut mixtape 15 is a well-curated set of hits-in-waiting.

You may think you have her pigeon-holed. Like her labelmate Cardi B, Bhabie’s name circulated the digital streets long before music was her main thing. But this project raises the stakes.

An enjoyable stroll through these trap-influenced tracks makes Bregoli’s yearlong transition from meme to bonafide rising rap star complete. Her first single “These Heaux” arrived in August 2017. Since then she released nine additional singles, landed three songs on the Billboard Hot 100, and completed a headlining U.S. tour, all without a mixtape or even an EP. Her rise to fame was indexed by every reputable music mag and legacy publications like the New York Times. And at 14, the troublemaker from Palm Beach, Florida, became the third woman rapper to be signed to Atlantic, after Missy Elliot and Cardi B.

Bregoli’s early music coverage is soaked in reasonable skepticism. It’s hard not to question if her rap career is simply the result of some music execs jumping at another opportunity to turn a meme into a rapping cash cow, and there are plenty of discussions to be had about Bhabie’s authenticity and position as a white teen in the rap world. But 15 puts concerns about sincerity to rest. Bregoli is an honest-to-God rapper now, and we don’t need to be listening out of irony.

This debut is an industrious run of tracks that doesn’t lag or feel too indulgent. Bhabie’s energy is engaging from early hard-hitters like “Juice” and closing solo runs like “SHHH.”

Carried by newly standardized trap beats and factory lyrics penned by scribes at Atlantic, Bhabie’s songs are exactly as hypnotic as they’re manufactured to be. The lyrics, beyond her catchy AF hooks, are mostly forgettable. Yet Bregoli’s perfect timing and delivery is charisma you can’t coach—even the sharpest lines and hardest beats can’t become certified bangers without a star who can wield them.

There’s little strain or air in Bhabie’s voice as she raps about cars or Fashion Nova fits, and her voice remains mostly unaltered by Auto-Tune. Along with the title of her mixtape, unmasking her raw tone allows Bregoli to wear her age like a badge of honor, not an obstacle.

“Yung and Bhad” is 15’s crescendo: Bhabie showcases her dexterity by switching up her timing three times just in the pre-chorus. And if there’s anything to be learned from her effortless use of social media as marketing, it’s that nothing Bhabie’s team pulls together is by accident because this mixtape is tightly sequenced. “Thot Opps” is a particularly seamless intro for “Yung and Bhad,” which sits directly in the center of the project.

Bregoli brought friends, too. There are veterans like YG and Ty Dolla Sign, with consistent track records for making songs better. Other guests highlight Bhabie’s ability to keep her fingers on the pulse. Lil Baby and City Girls still aren’t household names, but they’re among the most promising newcomers of 2018, both fresh off Drake collaborations. Through her songs with Lil Baby, City Girls, and Lil Yachty, Bhabie aligned herself with the hottest rap label of the year, Quality Control, which is also home to Migos. Having a relationship with the most exciting rap label in the South is no small feat and a huge step forward for the 15-year-old’s credibility.

Bhad Bhabie’s mixtape drips with the confidence and chilling insight of a teenager who’s got it all figured out. She knows where she might be had she not opened the door when her manager Adam Kluger first came knocking. And she knows the haters and naysayers still lurk around every corner. (“They love me then they hate me, then they love me again/First they diss my career then beg for a verse in DMs.”)

Bhabie delivers a procession of short solo hits that reveal Bregoli and her ready-to-beat-your-ass persona are one in the same. But it’s on the confessional closing of the mixtape where she neatly lays it all out on the table. On “Bhad Bhabie Story,” Bregoli discusses her relationship with her father, unceremoniously opens up about her sexuality, and breaks down exactly how she came to her newfound fame.

She’s not here to piggyback off of a meme—Dr. Phil’s name is even bleeped out. While a viral chance encounter may have launched her into the spotlight, Bhad Bhabie proves that her 15 minutes of fame are far from over.