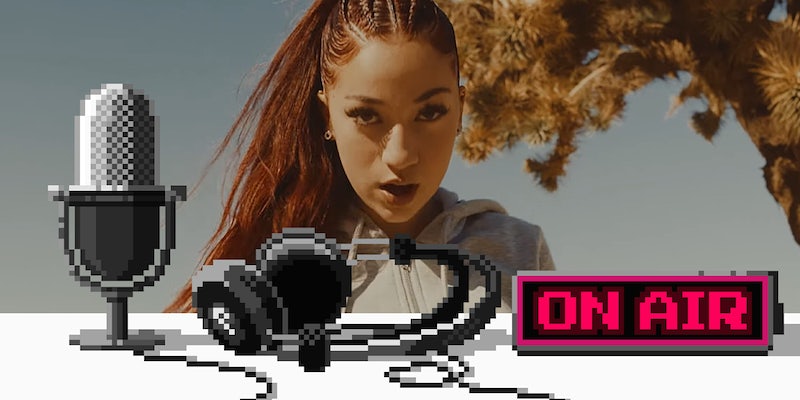 Breaking down how Danielle Bregoli transitioned from meme to rapper.

When Danielle Bregoli appeared on Dr. Phil in 2016, few of us could have predicted that she would become a meme. Now the 15-year-old is a successful touring rapper known as Bhad Bhabie, and when we caught up with her in San Antonio, Texas, last weekend, she seemed to be trying to distance herself from her “Cash Me Ousside” origin story.

Still, it’s part of Bregoli’s story, which also involves feuds with fellow internet stars, legal issues, and thoughts about James Comey. Her manager told the Daily Dot that he’s trying to shape her into a “super-teen villain” like Eminem, but Bregoli has her own aesthetic.

Grace Speas, Sam Grasso, and Sarah Montgomery join us to discuss Bregoli’s music, what she might be trying to express in her lyrics, her fans, and how she’s adjusting to fame.

We’ve also got some streaming recommendations and some thoughts about Queer Eye and The Handmaid’s Tale season 2.