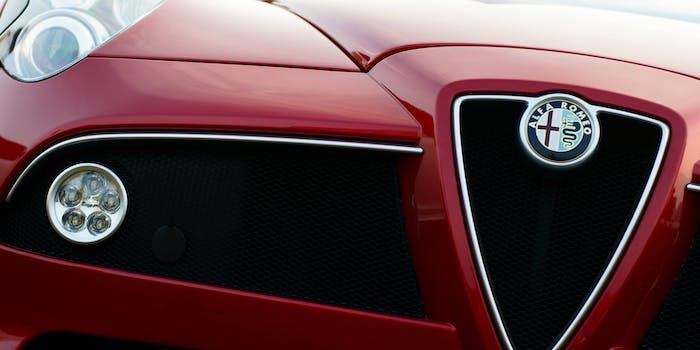 Get ready for the 'Grand Tour.'

There are a few basic truths every car lover must uphold, and we owe all of them to BBC’s long-running auto program Top Gear: You can’t be a petrolhead without owning an Alfa Romeo. “Nissan” sounds better pronounced the British way. Road signs are the bane of our existence. And nobody hosts a motoring show like Jeremy Clarkson, Richard Hammond, and James May.

So it devastated our newsroom’s resident Top Gear fans when the show’s dynamic trio—cranky Clarkson, charmer Hammond, and “Captain Slow” May—left the BBC in 2015. (Clarkson was sacked after a fracas with a producer; the other two exited in solidarity.) Though the BBC tried to recreate the magic with Chris Evans (no, not that one) and Matt LeBlanc (yes, that one), Evans quit after just one season. Fortunately, the wait is almost over: The Grand Tour premieres on Amazon Nov. 18, with the correct hosts back in the driver’s seat.

If you’re looking to brush up on your supercar trivia or reconnect with favorite Stars in Reasonably Priced Cars before the big debut, you’ll have to work for it: Netflix and Hulu pulled most of their back catalogs earlier this year. Seasons 18-22 are hanging out on Netflix for a while longer, and Top Gear’s YouTube channel maintains an excellent archive of clips, but not complete episodes. Here are some YouTube clips from some of our favorite Top Gear moments to get you started on digging up the rest.

Top Gear is known for its love affair with supercars, and this tiny monster is no exception. Even though it’s based on a Honda Civic’s engine, the Atom packs more power than a Ferrari. Watching it manipulate the corners of the track like a toy car and Clarkson’s face like Play-Doh never gets old.

The 1,000-horsepower Volkswagen (let’s be honest) is a favorite of all three of the hosts, but Hammond’s turn with the car was a drag race with “the cutting edge of what a plane can do,” and it truly puts the sky-high ambitions of the show on display, no matter who comes out on top.

This glowing review gives us the delightful description “about as high off the ground as a badger’s badger,” but it also made millions of people fall in love with the German automaker’s street-legal luxury supercar entry. No wonder the world lost its collective shit when it learned there’s an electric version available too.

4) Squeezing into the Peel P50

By now it’s clear how much Top Gear worships its supercars. But fear not, regular Joes. Every now and again, usually prodded by their producers, the team takes on a more economical brand, usually with a classically British sense of humor about it all. This P50 review is no exception, and we dare you to watch 6-foot-5-inch Clarkson zoom through the halls of the BBC without giggling.

Over the course of its 13 years on air, Top Gear has jetsetted all over Europe, up to the Arctic Circle, and across the pond to America. But this series 19 special in Africa sees the team at its best and worst, driving practical estate cars (read: sedans) from Uganda to the source of the Nile. (Extra credit: Keep an eye out for the special edition of the show’s credits as they roll at the end of part 2.)

Necessity, as they say, is the mother of invention, and there’s no stopping these three stooges when they set their hearts on some bizarre task—like, oh, say, crossing the English Channel in automobiles. This episode ultimately airs less as a car show and more as a triumph of human endurance, but that’s perhaps an even more admirable achievement for Mssrs. Clarkson, Hammond, and May.

Here, too, the schemes are wild and the premise absurd, but the fact that these guys got even close to making a successful minivan space shuttle is impressive. Move over, SpaceX.

It takes a true car lover (or, in show parlance, petrolhead) to appreciate the love/hate relationship of owning an Alfa Romeo. The Italian carmaker is known for its beautiful creations and electrical failures, but Clarkson, Hammond, and May insist it’s worth every trip to the shop. Here, they try to justify that position to the producers, who sensibly maintain it just doesn’t make good cars.

The identity of the silent fourth host of the show—“tame racing driver” the Stig—is a long-running debate among fans (and, indeed, the hosts themselves, as they introduce a new bizarre factoid about the Stig each week). A few different men have undoubtedly filled Stiggy’s shoes over the years, but in this very special interview, the man/myth/legend himself pulls off the helmet in front of a live studio audience.

Why restrict ourselves to only one of Top Gear’s famous finale specials? The team’s treks around the world always make for some of the best television, most intrepid journeys, and most spectacular scenery. We considered including the Vietnam episode here—which tops some lists and languishes on others—but we’ll consider that one extra credit.

For the boys’ jaunt through Bolivia, over the Andes, and into Chile, they faced one more obstacle beyond their usual mishaps, misdirection, and misanthropy: oxygen deprivation. The altitude of one of their routes restricted the vital resource not only for our hosts’ lungs, but also for the cars. Oh, and they’re driving over an active volcano.

11) Sabine Schmitz does the Nurburgring in a Transit

For newcomers to Top Gear, Sabine Schmitz’s name might ring a bell: The German racing instructor took over as a driver on the show in the Evans/LeBlanc era. But long before then, she set out to school Jeremy Clarkson in the ways of the Nurburgring—Germany’s daunting, 147-corner, 13-mile track—in a gigantic diesel van.

The hosts’ love of racing is matched in equal measure by their abhorrence of caravans (or motor homes, for the Americans). They’ve used and abused countless caravans over the years, but none in so dramatic a fashion as the two they smashed together from a couple of cranes in a schoolboy’s fantasy episode.

Longtime viewers might recognize the last corner of the Top Gear test track as “Gambon,” and this clip is why. When Sir Michael Gambon (Professor Dumbledore in Harry Potter) took the wheel as a Star in a Reasonably Priced Car, he lifted three of the Suzuki Liana’s four wheels off the track to make the turn. His hazardous lap is doubly impressive when you consider that there’ve been stars without driver’s licenses, stars who’ve never driven a manual transmission, and others who’ve completed it more… peacefully.

The driving begins around 4:50 in this clip, but the interview beforehand is charming as well.