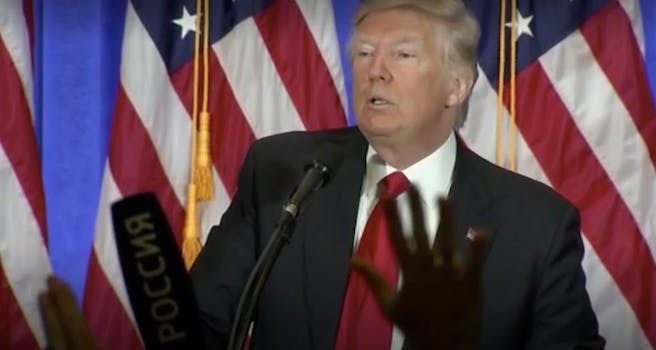 According to secret files leaked by BuzzFeed this week, President-elect Donald Trump coordinated a golden shower in Moscow with Russian prostitutes. These claims are unverified, and have been vehemently denied by the president-elect.

That has not stopped Mr. Skin from subtweeting the imminent leader of the free world.

Trump may be a lot of things, but shaming someone for their (alleged!) sexual fantasies is not something the Daily Dot is in the business of doing. As a reader service, and because this is a judgment-free zone, here are Mr. Skin’s power rankings. Do with them what you will:

2) Nicole Kidman in The Paperboy

5) Nastassja Kinski in Stay As You Are

6) Leslie Mann in Knocked Up

7) Rebecca Brooke in The Image

8) Laetitia Costa in Do Not Disturb

9) Alanis Morissette in We’re With the Band