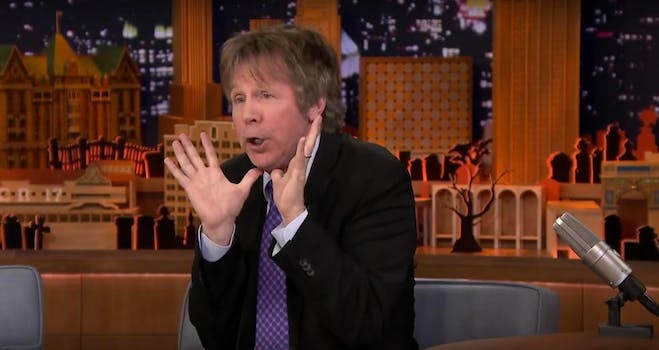 How many of his impressions will we see?

One of the best impressionists of our time is getting his own TV show full of impressions.

Dana Carvey will be hosting First Impressions, a half-hour reality competition series on USA, which will pit amateur impressionists against one another every week. Carvey, who is an executive producer on the show, will serve as an expert mentor to the contestants along with celebrity guests.

“There are so many great impressionists and ‘First Impressions’ gives them an opportunity to showcase their talents,” Carvey said in a press release. “Besides, I’ve always enjoyed watching an impressionist nail somebody—as in capture their voice. Now I get paid to watch.”

USA Network’s EVP of original programming Jackie de Crinis praised Carvey, adding, “The expertise and humor that he will bring to the series is unsurpassed and we can’t wait to have his world famous celebrity impersonations on our network.”

There’s no word on when First Impressions will premiere on USA, any of the celebrity guests, or how exactly the format of the show will play out, but we do know one thing: Carvey’s range of impressions and impersonations is unrivaled, and it’s practically a guarantee that we’ll get to see some of his own work on the show.

From Saturday Night Live to his more recent stints on late-night TV, Carvey has an entire wardrobe of impressions just waiting to come out and play. Here’s hoping we’ll see some of these once First Impressions comes to TV.

Carvey has been impersonating former and current presidents since his SNL days, and it’s easy to see why: He excels at it.

By far, President George H.W. Bush is his most famous of them as Carvey portrayed Bush Senior as a bit of a bumbling idiot. He kept bringing back the impression even after he left SNL, and in one particular monologue in the show’s 20th season, Bush himself came and took Carvey to task for some aspects of the impression.

“In all my years of service,” the real Bush said to Carvey, “I never once said ‘Na-ga-da.’”

On a 1996 episode of The Dana Carvey Show, Carvey portrayed Bill Clinton in a controversial sketch that showed the president explaining the effects of estrogen hormonal therapy which include the ability to breastfeed. While the impression is decent enough, it doesn’t age well and certainly wouldn’t have been filmed today.

The next time he hosted SNL in 2000 he brought out George W. Bush and Al Gore as he talked about the upcoming presidential election.

Carvey reunited with other SNL stars in 2010 to create a supersized presidential sketch for Funny or Die. Naturally, he’s Bush Sr. while Darrell Hammond and Will Ferrell reprise their SNL roles as Clinton and Bush Jr. haunting Barack and Michelle Obama (Fred Armisen and Maya Rudolph) in their dreams.

But Carvey isn’t just on top of presidential impressions—he knows his politics too. He brought out his impressions of President Obama, George W. Bush, Clinton, and Ronald Reagan, while talking about each of them on Conan.

Just because someone’s not the president doesn’t mean he or she is immune to Carvey’s impersonations.

And of course he’s done everyone’s favorite presidential candidate Donald Trump. He complimented Jimmy Fallon for his Trump impression but brought out his own just last week.

Not only can Carvey portray various musicians, he can probably sing like them too.

He brought George Michael to the Weekend Update desk in 1989 to explain why he didn’t collect his Grammy as well as complain about how his commercial didn’t focus on his butt. You know, the important things.

His Bob Dylan was so unintelligible speaking about his new lifetime achievement award that Weekend Update anchor Dennis Miller translated Dylan-speak for the rest of us. Tom Petty joined him, and soon actual subtitles followed.

And can Carvey pull off Neil Young singing? Of course he can.

Carvey’s resume is impressive, no matter which way you look at it. On SNL he’s pulled out Miller while Miller was in front of him (with an assist from Tom Hanks) as well an older Jimmy Stewart.

He’s also always game to try out whoever comes his way with Fallon’s “Wheel of Impressions,” whether it be Al Pacino, Arnold Schwarzenegger, or Matthew McConaughey in wacky situations.

When he returned to The Tonight Show in October, he even got to impersonate Paul McCartney and his and Fallon’s old boss Lorne Michaels.

He’s also brought out multiple impressions at once with Conan O’Brien. Because of him, we can now picture Liam Neeson and Scarface at Thanksgiving as well as what Michael Caine would sound like as God.

But Carvey has also done real-life impressions along the way that weren’t as well-known. During his time at SNL he also brought radio DJ Casey Kasem, French explorer Jacques Cousteau, and reporter and writer Robin Leach to the table.

No matter which impression he takes out of his bag, we’ll be hooked.