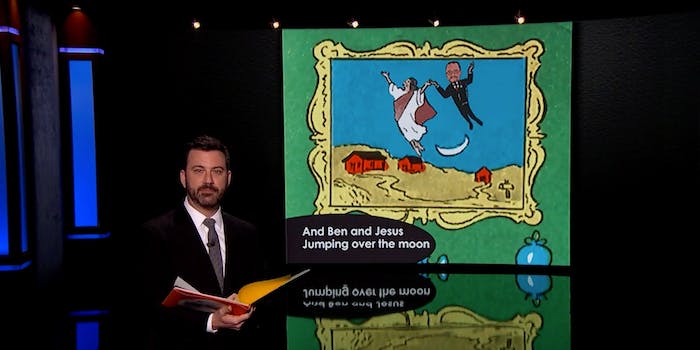 With Dr. Ben Carson expected to end his presidential campaign on Friday, Jimmy Kimmel made sure that we remembered him far beyond this election.

The sleepy Republican candidate is getting his own bedtime story to help him settle in at the end of the day—a mix of the classic book Goodnight Moon and a collection of Carson’s oddest statements.

It’s a soothing tale—at least until the moon comes in. Or maybe it’s more of a nightmare. Either way, it won’t matter to Carson, because he’s probably already asleep.