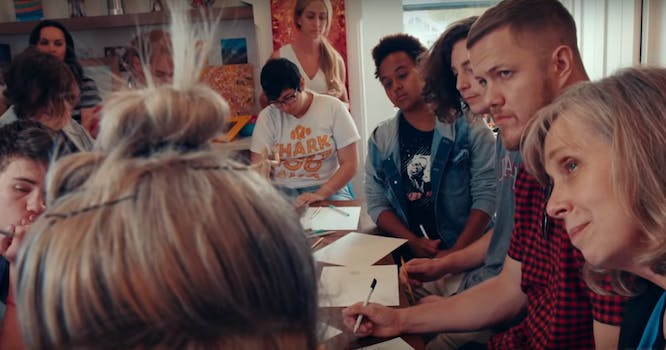 In ‘Believer,’ a rock star balances LGBTQ activism with his Mormon faith

Imagine Dragons frontman offers a moving portrait of his America.

HBO’s genuinely moving Believer puts an attractive bow tie on the observance of Pride month, laying bare the ostracization of (and embarrassingly slow progress for) the Mormon Church’s queer community. Through its protagonist, Imagine Dragons’ frontman Dan Reynolds, it puts additional, timely emphasis on the rise of suicide.

Reynolds, a fourth-generation Nevadan with deep roots within the Church of Jesus Christ of Latter-day Saints, is the near-perfect protagonist for skilled filmmaker Don Argott (Art of the Steal, Batman & Bill). Willing to utilize his tremendous platform, Reynolds decides to put together the LoveLoud festival for LGBTQ youth.

The singer’s “Thunder” comes from of a massive, devout Mormon family where he grew up within its strict orthodoxy, and eventually found his way into the religion’s flagship academic institution: Brigham Young University in Provo, Utah. However, Reynolds was kicked out of the school for violating the honor code after admitting he had sex with his then-longtime girlfriend. Though the event isn’t expressed very broadly, Reynold’s own ostracization likely set forth a chain of events leading up to his film. (The Mormon Church’s enthusiastic support of 2008’s Proposition 8, California’s anti-same-sex marriage ballot proposal, also played a significant part.)

That’s not to equate his pain to those within the LGBTQ community, whose icy exclusion from the Mormon Church has left many with a specific loss. It cannot be overstated: Being queer within the religion means calculating a math that rarely adds up to stability and positive mental health, the film shows. Reynolds listens through heartbroken Mormon parents’ stories of their children dying by suicide. One of his friends and fellow evangelists during their overlapping missions, Neon Trees lead singer Tyler Glenn, lends significantly to the film. Coming out as gay in 2014, Glenn chronicled his emotional battles with the controversial 2016 album Excommunication.

Here is where Reynolds breaks through as an ally, apologizing to Glenn for his ignorance and allowing Glenn space to discuss his experiences.

Reynolds’ conversations with clinical psychologist and journalist John Dehlin, himself excommunicated from the Mormon Church for his gay rights beliefs, explore the Mormon Church’s creeping social progression. This is a church that didn’t make Black people equal in the eyes of its deity until 1978—a full decade after Dr. Martin Luther King Jr. was slain.

With news of the dissolution of the marriage between Reynolds and his wife (and Believer‘s low-key standout) Aja Volkman, her voice and that of their daughter is bittersweet. Especially given that her influence is what pushes Reynolds into activism.

Argott is the star of the winning Believer, ably capturing the singer’s conflicts and refreshing humility, as well as the excellent footage of the LoveLoud Festival, which only took off after a blessing from the Church. Of course, just as soon as the event was over, leadership doubled down on its rejection of LGBTQ lives as a “lifestyle” that runs counter to doctrine. It’s a reminder that while progress is slow, the times are changing.