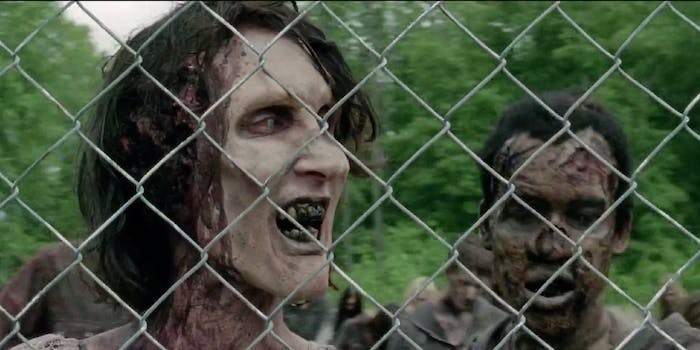 The maestro of YouTube comedy, Bad Lip Reading, is back and hungry for brains. The folks who brought you “Medieval Land Fun-Time World” and endless Twilight parodies are back with a homage to The Walking Dead season 4, complete with rap lyrics, mushy turtles, and oh, yes, a zombie musical uprising.

While it doesn’t quite top my personal fave BLR moment—”You can eat sand, young man!” from the group’s Game of Thrones parody—the Walking Dead take has everything the original has: intense zombie standoffs, apocalyptic arguments, and Norman Reedus being Norman Reedus-y. But it also has typical Bad Lip Reading genius: heated debates over dolphins and apples, hammy zombies, and Carl Grimes busting out an impassioned, incoherent hip-hop anthem in anger at his dad to the tune of, what else, a thousand crooning members of the undead horde.