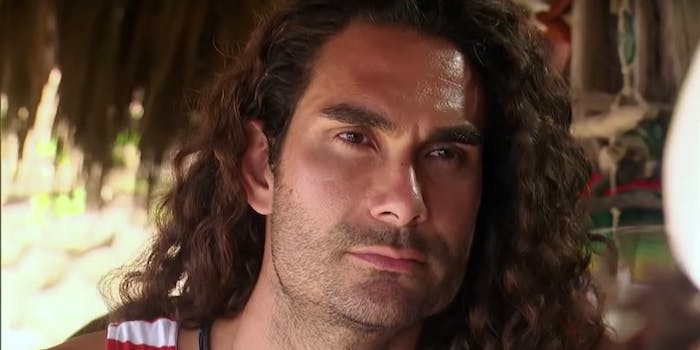 'I was a baseball playing, jock, frat boy idiot.'

Dottavio started his Instagram post by attempting to clear the air around controversy involving Kendall Long and Chelsea Roy in his final appearances on Bachelor in Paradise. The entanglement culminated with Dottavio throwing a drink in the face of Joe Amabile in his final episode; the argument spilled over later into social media.

In his Instagram post, Dottavio emphasized that he had a “VERY SHORT amount of time to make an impression” on the show and said he was just trying to have fun and survive the experience, which made people upset, but it was just his way of trying to make “good tv.”

In the latter part of his Instagram caption, Dottavio referred to the Martinez’s allegations of his harassment against other women as “the Bekah saga.” In August, Martinez posted screenshots of messages allegedly from Dottavio to women that were sent to her by fans.

Despite the blaring evidence that he made women feel incredibly uncomfortable by sending an unwarranted picture of his genitals and vulgar messages, Dottavio seemed nonchalant about the whole situation.

Likely last Bach related post. People are asking why I was on paradise tells all. I’ll tell you what wasn’t shown: I apologized to Kendall and Chelsea. Kendall and I misunderstood each other, and what paradise was about. I truly didn’t know how she felt about me. I had a VERY SHORT amount of time to make an impression on someone, I was lost confused as to how to make it all work. Chelsea is a beautiful woman and I wanted to have fun. My actions with Chelsea and Kendall were not of someone looking for a relationship and that’s what the show is about. I got caught up in having fun and making some good tv at the expense of real people and feelings. Joe and I hugged at the tell all. We’re cool. He’s hard not to like. We had some beers the night before the thrown drink incident and will after as well. I have no beef with anyone in Bach nation. You all have been kind, insightful, and sometimes evil haha. But hey this isn’t pro wrestling we are all just real people trying to survive on this large mass floating in an infinite space. So if it’s cool let’s all be friends. It’s a lot more fun that way. Thanks for the wild ride. I hope that in the future in my own life when I meet someone I like I don’t self sabotage only because I’m scared of being hurt. I plan to keep searching for the best person inside myself. Hope you all do too. Love to my fans, love to my haters. All love.

Dottavio’s “apology” doesn’t seem too sorry about his past, excusing his behavior by saying he was just a “baseball playing, jock, frat boy idiot” (which is no excuse). He also says that his past actually contributed to his “growth as a human being.”

What do fans think about this apology? Well, many are just glad Dottavio’s not getting anymore air time on Bachelor in Paradise.

@BachParadise thank you for not giving @leodottavio any more screen time. 👏🏻👏🏻