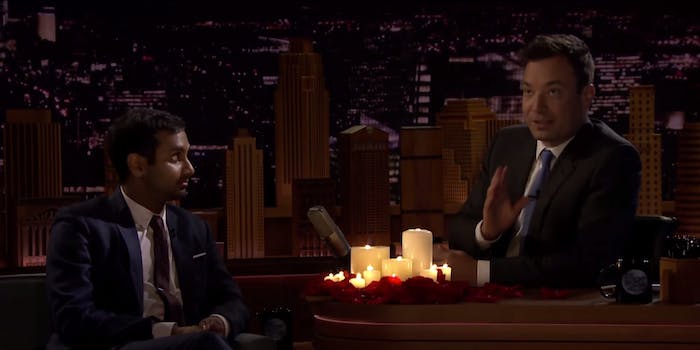 Aziz Ansari is the master of analyzing terrible first-date texts

The number one rule: Fix your damn grammar.

Sending that first text to a potential date can be tough, but it would be less cringe-worthy if you don’t make the same mistakes as these unfortunate texters.

Aziz Ansari covered the topic of lazy first-date texts in his book on modern dating, so Jimmy Fallon asked him to analyze real first-date texts from Tonight Show viewers. It didn’t take long for him to figure out what had gone wrong in each case—sometimes he didn’t even need to read the text.

How can we get better at sending these texts? First things first, become better conversationalists and proofread. It’s not guaranteed to spark a romantic relationship, but at least you’ll bringing the text-message conversation to a screeching halt.