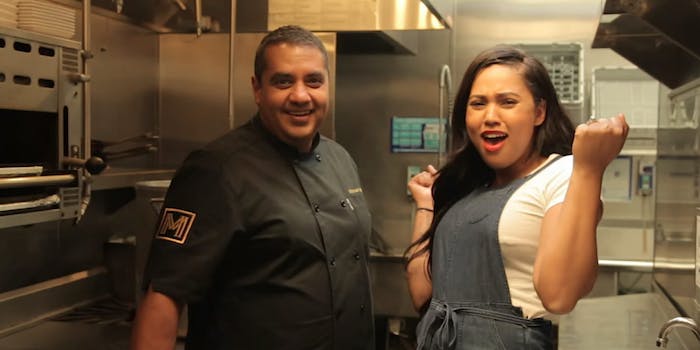 The restaurant's Yelp page devolved into a trash-talking forum, and it hasn't even opened yet.

Houston Rockets fans are apparently still feeling the sting of losing to the Golden State Warriors in the Western Conference Finals, and have taken out their anger on the BBQ restaurant’s Yelp page. When you visit the page it now boasts an “Active Cleanup Alert,” which means Yelp will likely be deleting negative posts that resulted from news coverage of the story, but the first review is still there: “I will never step foot in this restaurant even if my only other option was a pet food store.”

Other reviews take shots at husband Steph Curry and fellow Golden State Warriors players, and there are of course racist and sexist remarks about Ayesha Curry. Other threads devolve into more general trash-talking about basketball or debate the merits of California and Texas BBQ.

But a flood of positive reviews, many of them from California, tried to balance the 1-star reviews. And it seems Curry’s brushing off the negativity too.