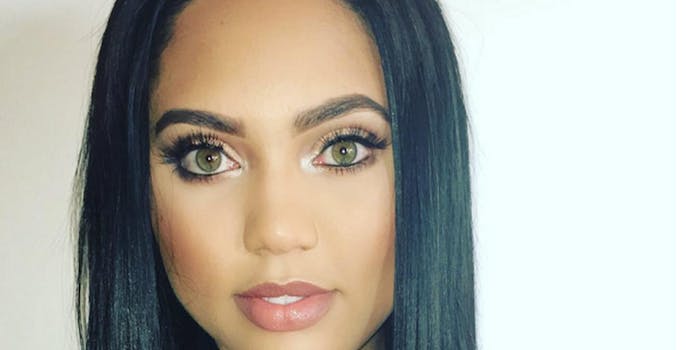 From one adorable video, backlash.

The Internet’s obsession with the Curry family went to a whole new level this week after a video of the basketball MVP’s wife congratulating her hubby surfaced online Wednesday. She did so festively, after Steph’s Golden State Warriors bested the Orlando Magic Monday.

So proud of my man!

Social media soaked up the love and Ayesha Curry was trending by lunch on Wednesday. Some declared their love for her and many praised her role as a wife and mom.

Everyone's into barely wearing clothes these days huh? Not my style. I like to keep the good stuff covered up for the one who matters 😂😂😂

Comparing Ayesha Curry to other woman makes you look stupid.

Model and mom-to-be Chrissy Teigen tweeted the basketball wife about all the attention she’s been getting.

@chrissyteigen 😂 … I don't even know what to say… I guess I can't say anything actually because I'm an adjective of some sort. 😫

The Currys frequently post heart-throbbing videos of the two lip-syncing to popular Hollywood scenes. Check out the one they made in the White House with First Lady Michelle Obama.