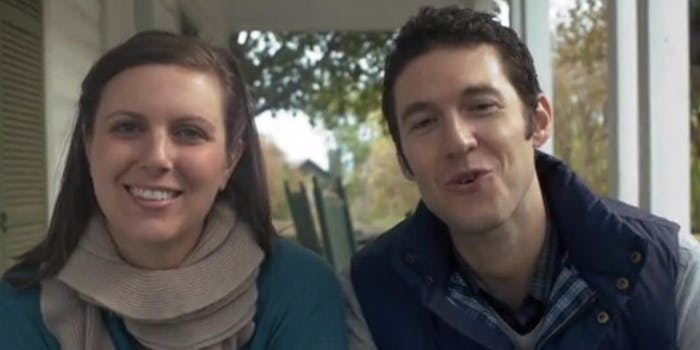 From script to screen—with a stop for crowdfunding

But crowdsourced fundraising serves a purpose beyond holding out the digital collection plate.

Steven Molony put down his hamburger and gave me a look of bewilderment that quickly turned to growing recognition.

“Oh my goodness, I did not make good on that,” the star and screenwriter of the film Efficiency said as the lightbulb went from dim to full glow. “I am ashamed and still have to do that.” Molony’s reaction was to my query about a promise he made for an offbeat perk offered to donors via Indiegogo for a $5 donation to the cause.

Efficiency, one of the many crowdfunded movies featured at the 21st annual Austin Film Festival, owes its success to the kindness of strangers. And fans, family, and friends. Of the 180 films shown at the eight-day fest, at least 14 can tie some part of their being to money raised from crowdfunding platforms including Kickstarter, Indiegogo, and Rockethub. Much like the films, no two script-to-screen stories are alike: Some follow the unwritten rules of clicking for dollars, while others rely on imagination and the path less traveled to gain the attention of financial backers.

The crowdfunding process is a set of moving parts that must be carefully managed. Dan Schoenbrun, film project lead at Kickstarter, can easily rattle off the parts that go into a successful campaign. With more than 15,700 film projects under its belt, the leading digital crowdfunding site could write the book (actually, it has) on how to become one of the 40 percent of successful film campaigns the company has launched. That amounts to more than $240 million in cash, of which Kickstarter takes 5 percent for Amazon and other payment platforms’ services, depending on the location.

Schoenbrun notes that while many outsiders view Kickstarter as a place to finance an entire film, “99 percent of the time, people only go for a portion of their budget,” he told the Daily Dot. “It’s generally when they go from one stage to another, like, ‘We need $30,000 to hire a casting directors.’”

No matter what the objective, the tactics remain the same. There is the video explaining the project, there is the ask for cash with the explanation of what the money will be used for, the rewards for contribution, the social media outreach, and the feedback loop. As Schoenbrun noted, crowdsourced fundraising serves a purpose beyond holding out the digital collection plate.

“It’s the first time a filmmaker has the opportunity to invite people to be part of the community,” he said.

When it comes to perks, not all aspiring filmmakers can follow the lead of the team behind the Veronica Mars feature, which raised $5.7 million. The top prize, which one person claimed for $10,000, was the opportunity to utter the words “Your check is ready, sir,” in the film. That amounts to a few thousand bucks per word.

Figuring out the right reward that connects your project to its target audience requires a great deal of thought, said Robert Campos and Donna LoCicero, the filmmakers behind 3 Still Standing. “We went to committee and had the team vote on what perks they thought would work the best.”

Or, in the case of Molony, you could go off-the-wall hoping to hit those with a singular sense of humor. The perk for a $5 contribution on his project’s Indiegogo page was drafted as follows:

You enter a request to see Steven do something wacky. One idea will be drawn each week and Steven will have to do it. You will also be mentioned and thanked on the website. This prize exclusive to $5 donations.

To which one donor, presumably after coughing up his dead president, suggested:

Wearing a heavy winter coat, you shall go into a public place and eat vanilla pudding (or tapioca if you prefer) out of a mayonnaise jar (washed out first, of course) in an annoying manner.

Note: A banana suit may be switched out for the winter coat.

As the filmmakers behind the documentary 61 Bullets—the mystery behind the assassination of former Sen. Huey Long—learned, a few simple rewards that a pack personal punch can do the trick.

Yvonne Boudreaux—one of the film’s producers and the great niece of Long’s accused killer, Dr. Carl Weiss—offered the 46 people who pledged $25 or more a custom postcard with her grandmother’s famous Louisiana gumbo recipe. It gets better than that for the one person who put up $5,000; that lucky person gets an executive producer credit and a dinner with Yvonne’s grandmother in Opelousas along with the filmmakers.

The filmmakers agree that while writing, producing, and directing a compelling film might be a major accomplishment, asking people for money via a short video can be the bigger task. Campos and LoCicero, who have countless documentaries and TV shows to their credit, found distilling their funding message to simple clip daunting.

While fundraising may be second nature to some in the film world, for at least one young actor, asking for money brings back some bad memories.

“You only want to do it when the time is right,” Molony said. “You have to be annoying. You have to be the person nobody likes. It’s that feeling you get when you were a teenager asking your parents for $20 before you go out of the house.”

On the other hand, filmmaker Natasha Verma created a trailer for her campaign for the film Hardy on Rockethub that spoke volumes about the power of her project.

Verma told the Daily Dot that her goal was to tap into a rich community of boxing fans for the purpose of creating an aggressive campaign. To underscore her commitment, Verma went to boxing gyms and made posters for the film as well as flyers that would take them to Hardy’s website. Perhaps more than any of the filmmakers interviewed at the Austin Film Festival, the University of Texas and Columbia School of Journalism graduate understood the power of social media and heavily tapped into it.

“Once we were able to get people to Facebook, we wanted to engage them.” she said. “We constantly updated with photos and news about the film. “It make the audience feel they were part of the project.”