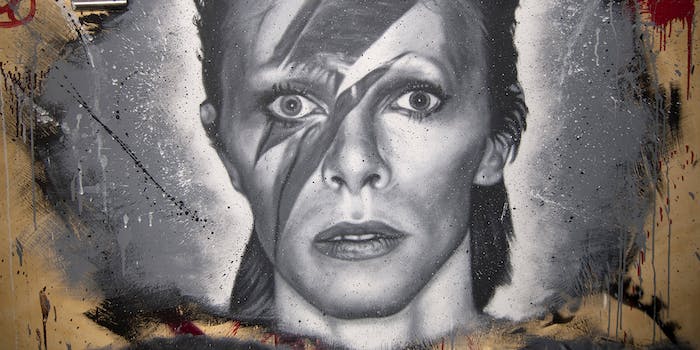 The Internet has been honoring the late David Bowie through its favorite mediums since the rock icon’s death Sunday: heartfelt status updates, retrospective blogs, throwback pictures. On Wednesday Austin, Texas, resident Christiane Swenson added another to the mix: Change.org petition.

In the wake of Bowie’s death, Austin fans replaced the regular sign for Bowie Street with a homemade David Bowie one. Officials have allowed the tribute to stay up even though it’s technically vandalism, and Swenson’s petition is asking the city to consider keeping the sign up permanently. 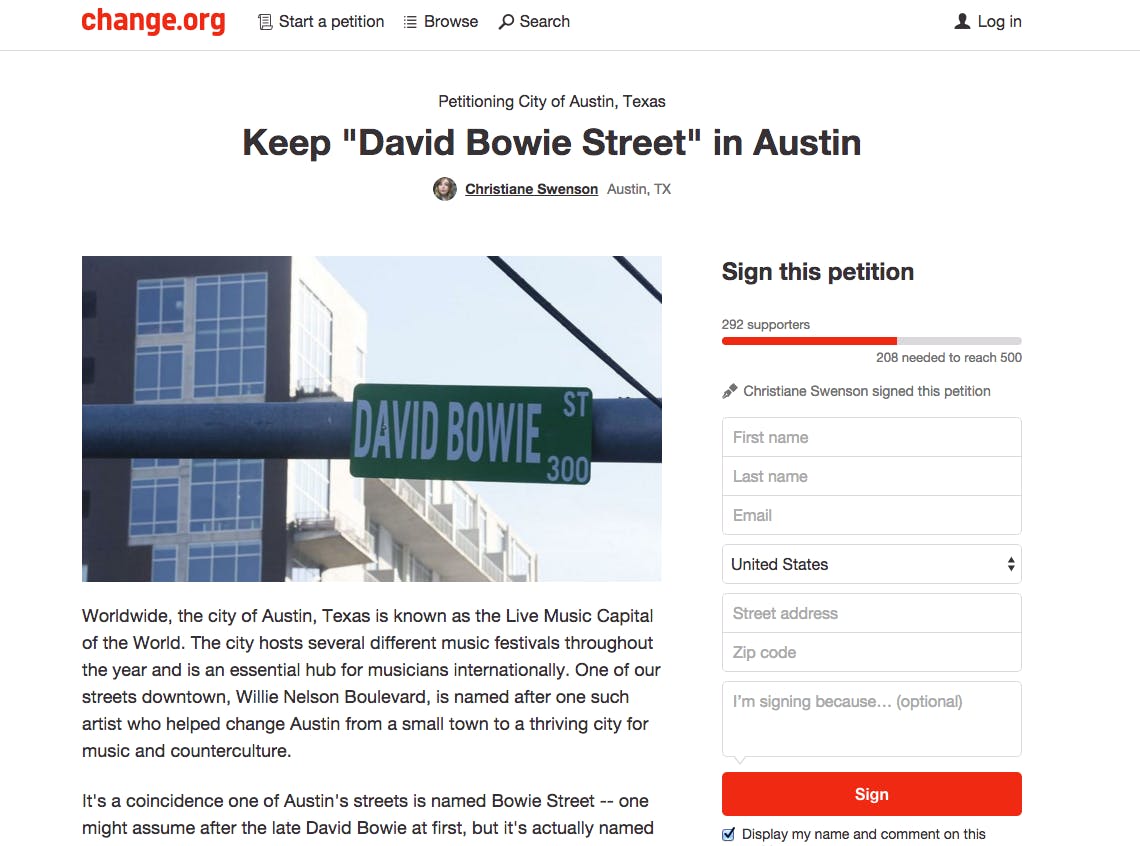 Austin is traditionally very proud of its arts community. Every spring it hosts the South by Southwest festival (SXSW’s offices just so happen to be on Bowie St.), and it’s also known as the Live Music Capital of the World.

So, as Swenson points out, if this town has a Willie Nelson Boulevard, why not a David Bowie Street?

The petition is almost halfway to its 500-signature goal.

SXSW is on board with the cause!

Let's keep David Bowie St in Austin, y'all. Peeps from around the world, join the cause. ⚡#DavidBowie #tribute #atx https://t.co/U6HjeFIRDa

Update 5:47pm CT, Jan. 15: In an effort to save the Austin Police Department’s time, SXSW co-founder Roland Swenson and local sign maker Jason Carter have copped to changing the sign themselves.

“It really took off in a way I didn’t expect or imagine,” Swenson told the Austin American-Statesman Friday.