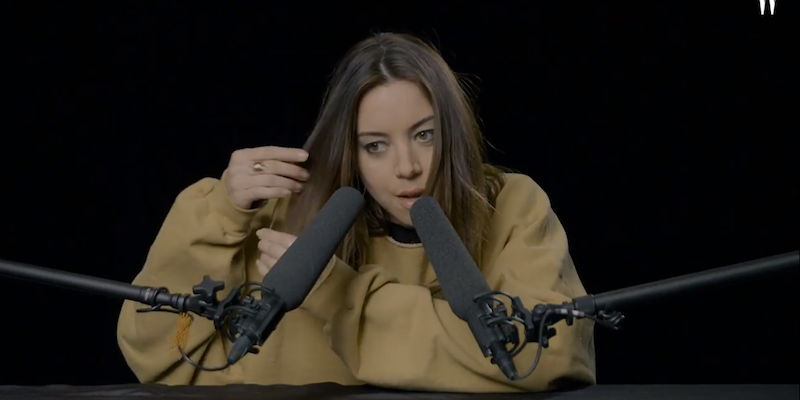 She whispers, plays with her hair, and brushes the microphone with a peacock feather.

Aubrey Plaza apparently enjoys experiencing ASMR videos. So, perhaps it’s no surprise that she made one for W magazine, and it ran for 36 tingling minutes.

ASMR—which stands for autonomous sensory meridian response—videos have become trendy on YouTube, probably because it’s supposed to relax you with whispers, light touching, and other tranquil sensations.

In the video, the Parks and Rec star gently rubs her hair, brushes the microphone with a peacock feather, and plays with her rings. She’ll relax you and probably make you laugh at the same time.

If you enjoyed this version of celebrity ASMR, check out Salma Hayek (who crunches on tostadas), Jake Gyllenhaal (who pops bubble wrap), and Gal Gadot (who writes Hebrew with a pencil and paper).