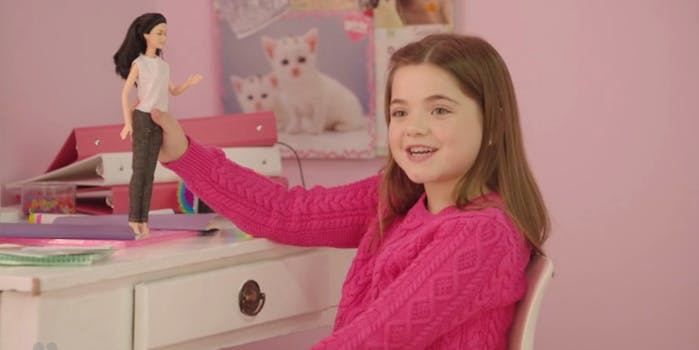 They're going out of their way to make it as non-offensive as possible.

A politically correct doll is headed your kids’ way this holiday season.

Saturday Night Live has already covered people’s complaints about diversity and stereotypes with its “Dudleys” sketch last month, and now it’s aiming for the toy industry in one of its fake commercials. A group of young girls finally have an Asian-American doll, but as the voiceover noted, it’s as inoffensive as humanly possible—the company tested the doll and its accessories with 40 focus groups.

Instead of facing even more backlash from consumers for putting out possibly racially insensitive names, clothing, and accessories, they’re leaving it up the the people who buy it. There’s no name, nothing in the dollhouse, and it’s stressed that the doll has no academic strengths or weaknesses so that the company isn’t found liable if stereotypes are applied.

But no matter how much you think it through, someone’s bound to find something wrong.