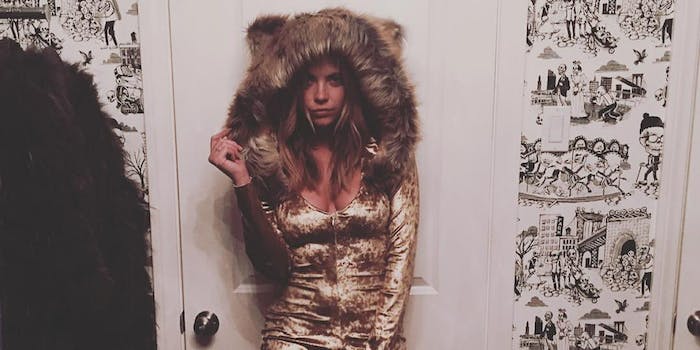 Ashley Benson apologizes for Cecil the Lion costume on Instagram

Pretty Little Liars star Ashley Benson apologized on Thursday for a caption on one of her Instagram photos that suggested she might dress up as Cecil the lion for Halloween.

The photo, uploaded Wednesday, featured Benson in a simple lion costume asking followers what they thought of her Cecil outfit. To make matters worse, it looks like a sponsored post. Benson mentioned the lingerie company Yandy and used the hashtag #thanksyandy in the caption. She claimed in her apology that her management had written the caption.

What could have been an easy little Halloween paycheck for Benson instead become a PR mess.

The caption on the original photo has since been updated to the much more neutral: “Help! Can’t decide on my Halloween costume this year! What do you guys think of this lion costume? @yandy #thanksyandy #halloweencostume” 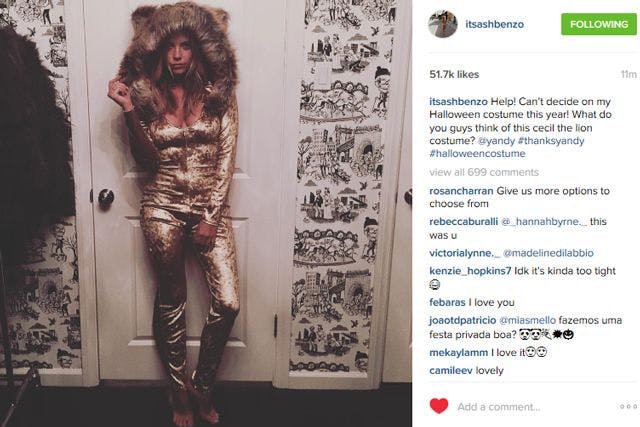 It’s an awkward situation for Benson, but it’s also a solid lesson to all the young starlets out there trying to keep it topical on social media: stay away from hot-button endangered-animal content.