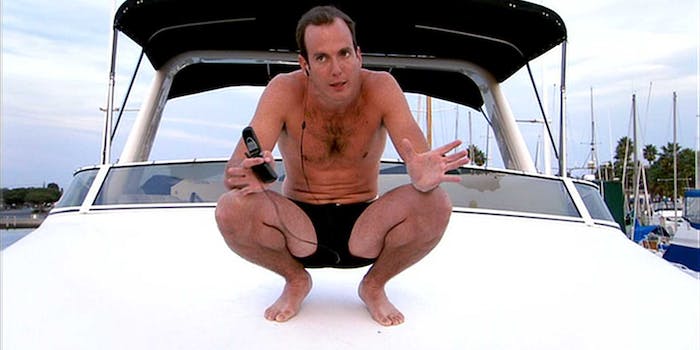 It’s easy to sign up for a free Netflix trial, but that doesn't help people living in areas where the new season is currently not available for streaming.

It’s easy to sign up for a free Netflix trial, but more than 175,000 people have thought of another way to watch the new Arrested Development.

That’s the number, according to figures obtained by TorrentFreak, of people who have used BitTorrent to download at least the first episode of the show’s fourth season.

While that count seems huge, it’s less so in context. HBO’s Game of Thrones, which also is impossible to watch unless you’re a paid subscriber, was pirated more than a million times in its first 24 hours. (Arrested Development did about a tenth of that in the same window.) And the two outlets have almost the exact same reach: At last count, Netflix had 29.2 million paid subscribers to HBO’s 28.7 million.

Both companies seem relatively unconcerned with piracy, at least compared with the aggressive tactics of the industry trade association, the Motion Picture Association of America (MPAA). HBO’s president of programming has referred to Game of Thrones piracy as “a compliment of sorts.” And Netflix’s Chief Content Officer has claimed that BitTorrent piracy drops wherever Netflix introduces its service and said that “the best way to combat piracy isn’t legislatively or criminally but by giving good options.”

Netflix hasn’t released the number of users who have legally streamed the show, but as the Verge notes, Arrested Development only pulled six million viewers at its mid-2000s peak.

Of course, at least a portion of the pirating can be seen as a result of the show not being available in certain parts of Europe and Australia.

Correction: The original version of this story reported that 1.75 million people used BitTorrent to download Arrested Development. The correct figure is 175,000.