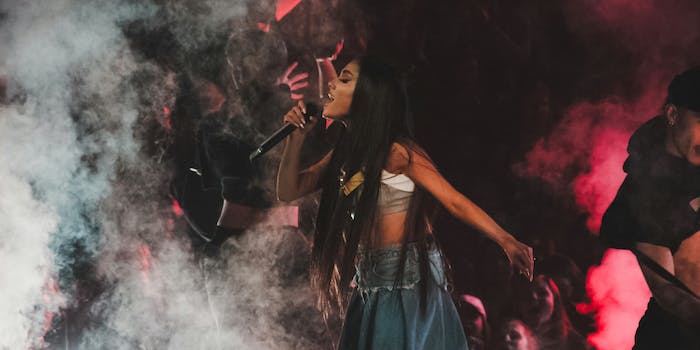 'Broken. From the bottom of my heart, I am so so sorry. I don’t have words.'

Dozens of celebrities took to Twitter to express their sorrow in response to the attack at Manchester Arena during Ariana Grande’s concert Monday night.

“Broken. From the bottom of my heart, I am so so sorry. I don’t have words,” Grande herself tweeted in the wake of the explosion that left 22 dead and 59 injured, which the Greater Manchester Police have deemed “a terrorist incident until police know otherwise.”

My heart hurts for my sister, Ariana & every family affected by this tragic event in the U.K. Innocent lives lost. I'm so sorry to hear this

My thoughts and prayers go out to everyone affected in Manchester.

I'm heartbroken over what happened in Manchester tonight.
Sending love to everyone involved. H

#Manchester has always been so close to my heart! These are innocent vulnerable kids, this could've been any of us! I'm devastated!

Praying for the beautiful souls we lost, their families and loved ones, for the survivors who will forever be impacted by this #Manchester

Tearing up imagining innocent concert goers losing their lives.. praying for everyone and all #arianators. 🙏🏼🙏🏼🙏🏼

Grande’s rep confirmed her safe. Sources told TMZ the singer will not perform in London on Thursday, and has suspended the remainder of her European world tour indefinitely.