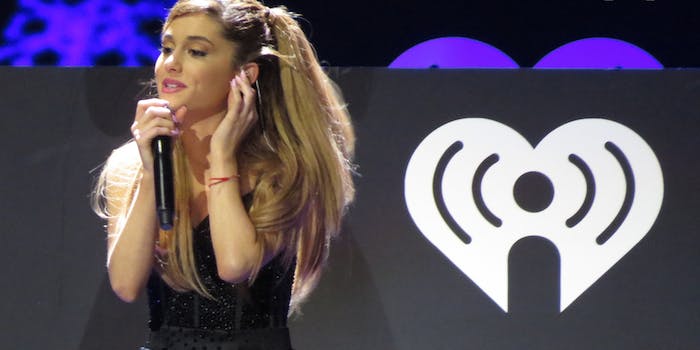 It’s been a great week for celebrity dads embarrassing their kids, and Ariana Grande‘s dad dropped a doozy.

Grande’s dad, Edward Butera, apparently wasted no time zinging him with the most cringeworthy of all dad jokes.

Yes, “I give her that D” is actually a line from his verse on Kanye West‘s “Mercy” and refers to Detroit, but Butera apparently had his mind in the gutter. On the bright side, when the two do break up, Big Sean will get a lot of mileage out of his photo app.