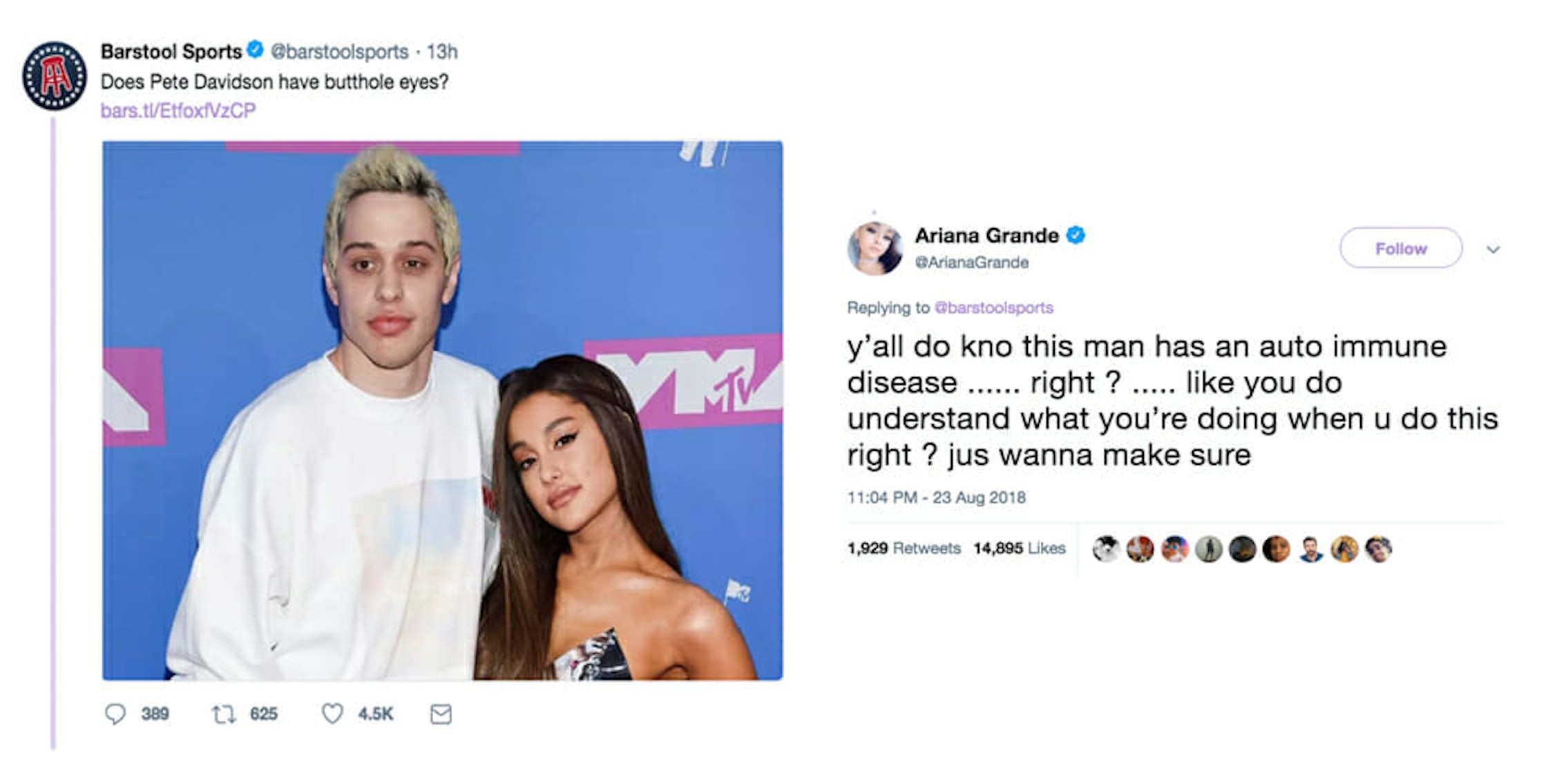 Ariana Grande is angry over a joke Barstool Sports made about her fiance Pete Davidson.

The sports humor website posted an article yesterday asking “Does Pete Davidson have butthole eyes?” In the first line of the piece, author Uncle Chaps explains, “First of all, I don’t mean that to offend. It’s an honest question. Let me clarify for a second.”

Here’s what he means.

Grande caught wind of the piece after it was promoted on Twitter and fired back at the humor site.

“[Y]’all do kno this man has an auto immune disease …… right ? ….. like you do understand what you’re doing when u do this right ? jus wanna make sure,” the singer wrote, referring to Davidson’s Crohn’s disease.

y’all do kno this man has an auto immune disease …… right ? ….. like you do understand what you’re doing when u do this right ? jus wanna make sure

Grande tweeted a follow-up that she’s since deleted in which she explained that Barstool has been after Davidson to appear on its podcast for over three years.

There was a medical explanation here, of course, for the eyes.

“The reason they’re sunken is because people with Crohn’s disease can sometimes become dehydrated,” Dr. Albert Knapp told Page Six. Knap is a top gastroenterologist in New York City. “But when you rehydrate they return to normal. Crohn’s disease does not directly cause eyes that look sunken in.”

Today, Uncle Chaps responded to Grande’s angry on a radio show and then posted a follow-up article basically saying he’s sorry that he’s not sorry about the comments.

Pete Davidson’s eyes look like buttholes. Some people have taken that as an insult. It wasn’t meant to be. In fact, many would say that it’s a compliment. Moreover, I even said I’m sorry if this offends in the original blog.

Davidson doesn’t seem too fazed by the comparison. He seems more concerned with his 24-hour erection.