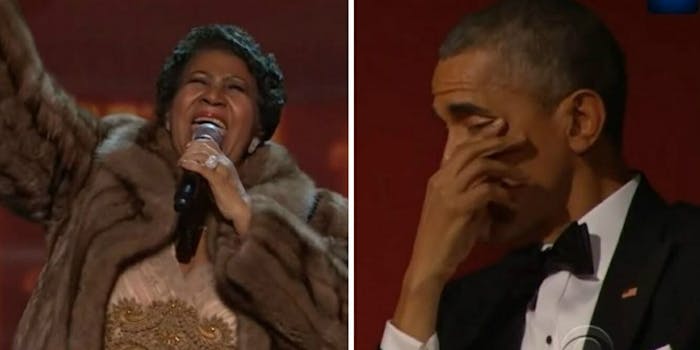 Millions of people have seen it.

Aretha Franklin, is reportedly gravely ill, and many on Twitter are fondly remembering the time the soul superstar made President Barack Obama cry.

It was at the 2015 Kennedy Center Honors when Franklin sang “(You Make Me Feel Like) A Natural Woman” to pay homage to Carole King. As the Huffington Post notes, the clip almost immediately went viral as the crowd—along with Barack Obama, Michelle Obama, and a stunned King, who co-wrote the song that became a Franklin hit in 1967—sat stunned by the beauty and power of her voice and then gave her a standing ovation in the middle of the song.

This particular video has received 12 million pageviews since it was published, and other videos of the performance have recorded millions more. After watching it, you’ll probably understand why.

Franklin sings like American hope, and Obama knew it.