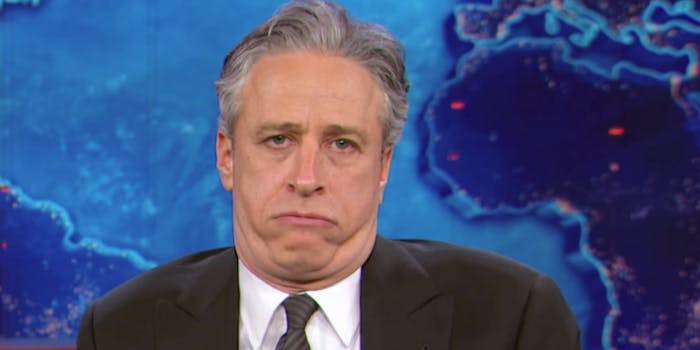 Out of all the things Jon Stewart has eviscerated over the past 16 years, it’s his eternal nemesis Arby’s that will miss him the most.

While Stewart probably hasn’t said a nice word about Arby’s in his entire Daily Show career except under duress, Arby’s has always been fond of him for some reason; it even offered him a job in his time of need. The fast-food chain bought some ad time during Stewart’s show Wednesday night to pay tribute to the man who single-handedly brought customers to its restaurants, and the two ads were just as self-deprecating as you’d hope.

Although Stewart was always mocking Arby’s, he was at least always there for the company. In the first commercial, Arby’s tries to remember the good times—except there were none, so it’s left making a supercut of Stewart saying terrible things about its food.

Sometimes Jon's jokes about us were hard to digest, but we kept watching #TheDailyShow anyway. #JonVoyage pic.twitter.com/FGoLhf6QyX

Arby’s second commercial was more focused on the tribute sandwich that Arby’s never wanted to make in honor of Stewart leaving, despite the fact that Stewart would never touch it.