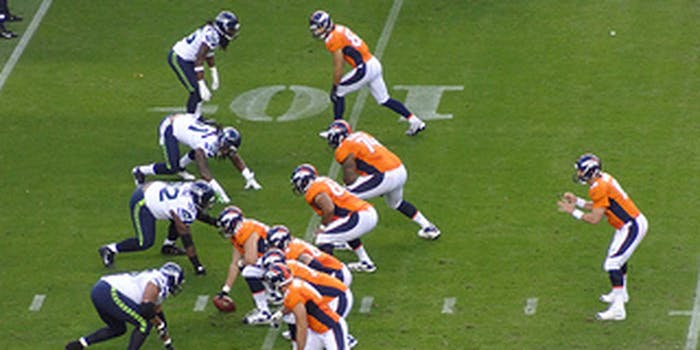 How to silence the Super Bowl

Hate football? Here’s how to avoid pulling your hair out this Sunday.

Football, despite what my Chicago Bears-obsessed father would try to tell you, is not for everyone. As the most reluctant member of a Midwestern family devoted to the pigskin, the Super Bowl is my Mt. Everest of not caring about football.

If you’re like me and would rather watch Friday Night Lights reruns than ever tune into a live football game, here’s how to ignore the Super Bowl this weekend:

The Super Bowl is a huge event for Twitter, kind of like the Oscars for boring sports. To save yourself from the misery of #touchdown tweets, use a filter. You can get desktop extensions, like Silencer, which is for Chrome. It’s supposed to be for television spoilers but by my count it works for wanting nothing to do with football too.

Some of the filters I just mentioned for Twitter also work for Facebook, like Silencer. There are a few Facebook-specific options for desktop, though: get Social Fixer, a Facebook filtering tool that’s available for Firefox, Chrome, Safari, Opera, and Greasemonkey. Or, for Chrome and Firefox, F.B. Purity can help you keep mentions of the Denver Broncos out of your Timeline (it’s supposed to be for blocking out R-rated content but it’s the best of the Facebook filters available).

Block it from Tumblr.

Tumblr is for reblogging GIFs, damn it! Not sports! Use Tumblr Savior to block any Super Bowl related tags.

Some filters allow you to block certain words for every website you on, not just social media, like Word Filter for Chrome. Now, this won’t stop pictures from showing up, but you can go so far as to block the phrases “Super Bowl,” “football,” “first down,” “Richard Sherman,” and “wooooohoooooooooooooooo,” which should at least help things considerably.

Use a mobile spoiler filter.

There are some apps specifically designed to filter content on your phone. Spoiler Shield is supposed to help fans stay blissfully unspoiled until they have a chance to watch something, but it has an NFL filter, so you can use it to block football content for iOS.