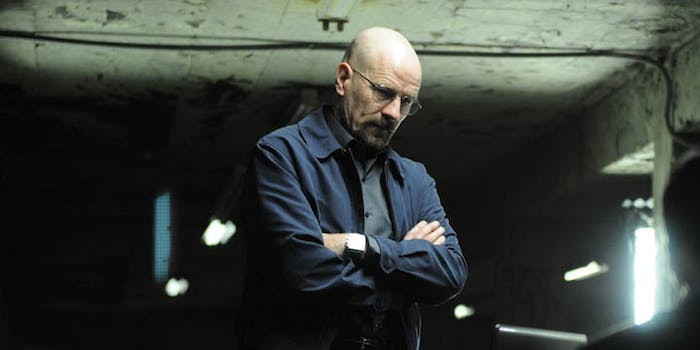 Does Apple have the right to define a TV season?

Should consumers pay the price because Apple and TV networks can’t agree on what actually constitutes a season? Noam Lzebnik certainly thinks not, and he’s suing Apple to prove it.

Months ago, Lzebnik purchased a “season pass” for the fifth season of Breaking Bad, the AMC hit about a high school teacher who becomes a methamphetamine kingpin after getting diagnosed with cancer. The show took a famous and, no doubt for Lzebnik, hard-to-endure break halfway through this final season. When it finally returned, Apple demanded that users who’d already bought one season pass buy another.

They’re not the only company hoping to make a little more profit off of long-suffering Breaking Bad fans: Everyone from Amazon to Sony is trying to sell the first half as a separate season, and force consumers to fork over more cash to watch the second half.

That would be fine—companies are free to charge what they want whenever they want—except for the fact that Apple appears to be violating its own terms. Here’s how Apple itself described the pass that Lzebnik purchased: “This Season Pass includes all current and future episodes of Breaking Bad, Season 5;” and “Purchasing a Season Pass gets you every episode in that season.”

It’s not like AMC has been anything other than explicit. As The Verge’s Sean Hollister explains:

AMC has advertised ‘Season 5’ as a single season since at least May 2012, and has been adamant that ‘Season 5’ would be the ‘Final Season’ of the show. Last year, AMC clearly stated: ‘The final season… consists of 16 episodes.” AMC also continues to advertise each new episode as part of the same season as the original eight aired last year.'”

That’s not a bad analogy at all. But in the case of Breaking Bad, the intermission lasted a year. That’s a long wait. Is it enough to justify Apple’s attempt to rewrite the very definition of a “season,” just so it can rake in more cash from its customers?