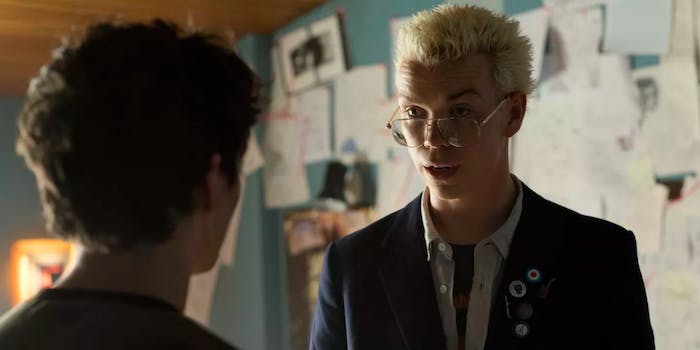 Who has another two hours to spare?

Just as the hype around Netflix’s choose-your-own-adventure film Black Mirror: Bandersnatch has started to die down, the streaming service has suggestions for viewers who want more endings.

The official Netflix UK Twitter account tweeted on Tuesday, “think you’ve seen everything there is to see in Bandersnatch? try picking up the family photo, ~twice~.”

think you've seen everything there is to see in bandersnatch? try picking up the family photo, ~twice~

People were not pleased to hear they hadn’t seen it all. “Time to schedule in another 2 hours of Netflix it’s almost like.. they’re controlling us,” one person tweeted.

oh god i thought i'd covered it all, time to schedule in another 2 hours of netflix 😭 it's almost like.. they're controlling us.. https://t.co/lUBe0dfDXS

“I’m never going to finish watching this, am I?” another person asked.

I'm never going to finish watching this am I? #bandersnatch #Netflixcontrolsme https://t.co/gkfgoqsqNZ

One person put it simply: “This will go on forever.”

this will go on forever. https://t.co/vkS3wd1psf

Others wanted to be spoiled because who has another few hours to spend watching the movie over again? “Does anyone know what happens? I haven’t got another spare 2 hours,” one person tweeted.

Some people took the suggestion and reported the ending is scary and unexpected. “Scared me SO much I didn’t see it coming at all,” someone said.

“Omg thanks for that. Now I’m terrified,” a viewer replied to Netflix, to which Netflix responded: “You don’t *have* to, it’s not like we’re controlling you.”

you don't *have* to, it's not like we're controlling you

For those who don’t want to make their way through the movie again, I will spoil it for you (so stop reading now if you want to figure it out for yourself). In this ending, the author of Bandersnatch, Jerome F. Davies, appears and stabs Stefan. It’s jarring and a bit scary, much like a few of the other endings.

This new twist begs: Just how many more endings are there? Will it ever truly end?