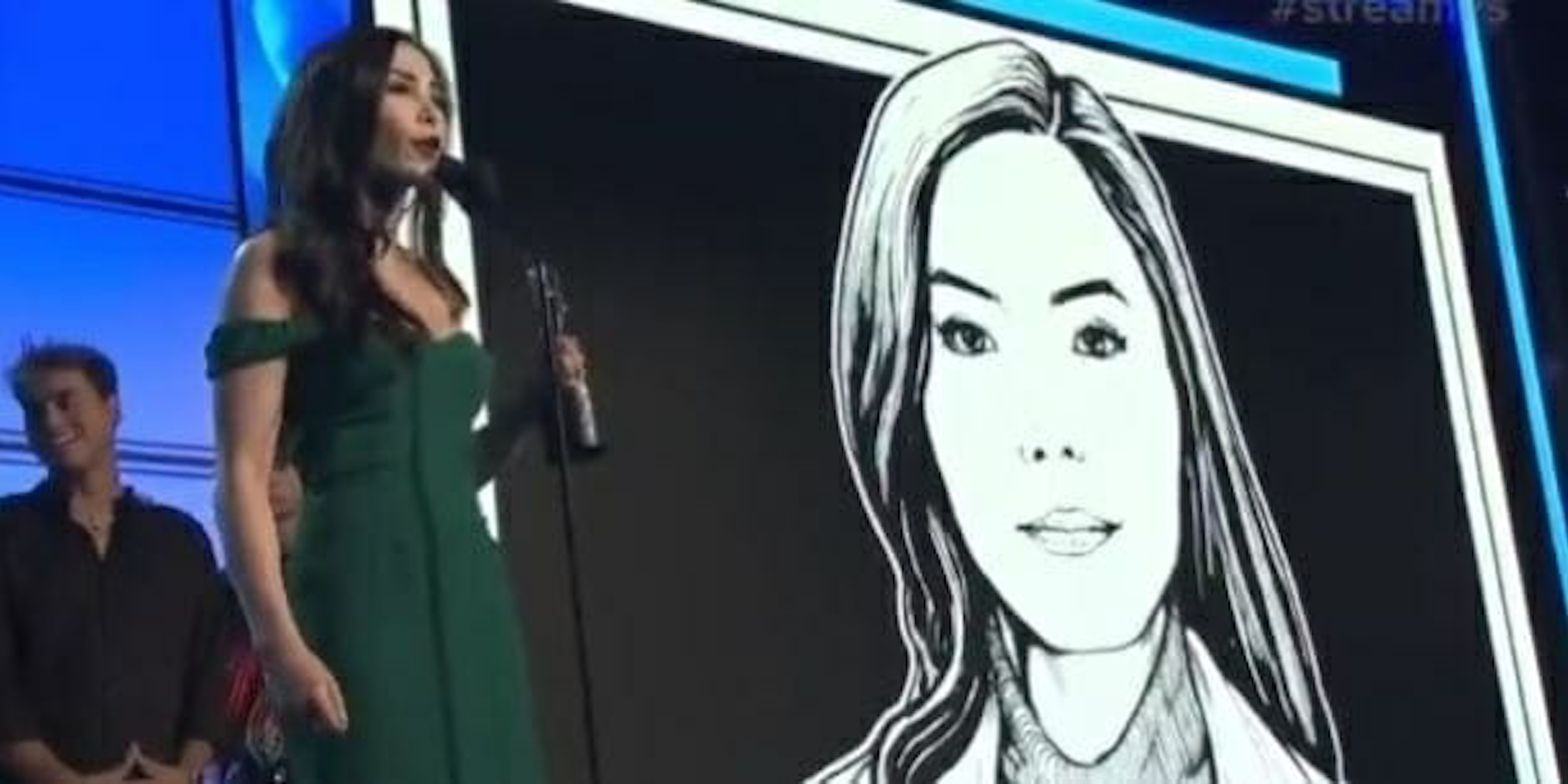 'I guess I came out,' she later tweeted.

During her acceptance speech at the Streamy Awards on Monday, YouTube star Anna Akana came out as queer.

Akana said after the show that she was inebriated and didn’t mean to break the news of her sexual orientation. On Twitter, she wrote, “I guess I came out on the streamys.” On Facebook, she also said it was the first time she publicly announced that she was bisexual.

I guess I came out on the streamys https://t.co/D5h0We3O4x

Earlier in the day, she had tweeted, “Let people be their authentic selves. Acceptance & kindness literally costs you nothing. #WontBeErased.”

Akana has become one of the biggest crossover stars on YouTube. She’s accumulated 2.4 million subscribers, and she’s vlogged about mental health, her dating life, and how she handles self-care. She’s been dubbed the “older sister of the internet.” The 29-year-old also appeared in movies like Ant-Man and Kids Vs. Monsters, and she was a major force in her YouTube Premium show.

“We’re getting to a point where traditional Hollywood is really starting to recognize digital and give us credibility,” she told the Daily Dot earlier this year. “There were definitely instances where I’ve been dismissed because of my age and my platform. But… I have the capital to do things and be the creative boss, and the worlds are merging together. The people who get it, get it.”

She also said, “I am loving it. It’s a freaking dream … For the last decade, I wanted to be the lead of a show I love that says something that has a deeper message.”

And as her acceptance speech at the Streamys proves, Akana still has deep messages to impart.