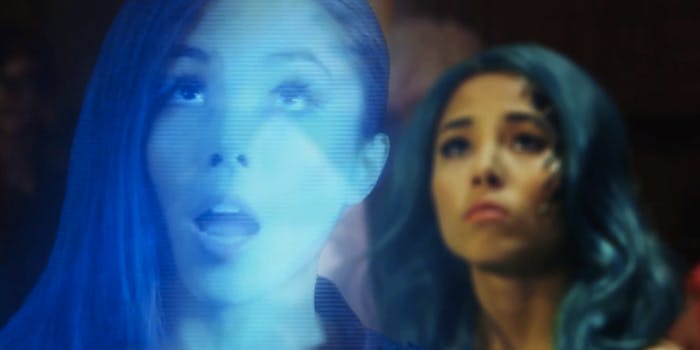 When the wrong twin is sent to save the world, we're all in for trouble.

YouTuber Anna Akana has been making visually engaging and dramatically satisfying content for years, but her most recent venture goes above and beyond with a sci-fi adventure we wouldn’t be shocked to see on the big screen.

In Miss Earth, Akana pulls double duty as a pair of twins, one whom is supposed to represent the Earth at an intergallactic competition to save the planet, while the other is winning beauty competitions at home. Naturally, the wrong twin ends up beamed up to the world-saving competition for which she’s wholly unprepared. It’s a mix of sibling rivalry and drama, as well as witty science fiction that keeps you on pins and needles as the fate of the world hangs in Akana’s hands.

The costuming and makeup of the intergalactic competitors rival anything you’d see on a mainstream sci-fi production, and the 13-minute film funtions as a first episode to an incomplete webseries. It’s a part of the New Form Digital Incubator series aimed at supporting digitally emerging filmmakers, and hopefully this will be the push Akana needs to continue producing Miss Earth. We think there’s a lot more to mine here.