The episode continued Sarkeesian's look at the “Damsels in Distress” theme, with footage from nearly 30 video games.

In just over an hour, critics of vlogger Anita Sarkeesian managed to have the second video in her Tropes vs Women in Video Games series pulled from YouTube.

Since Kickstarting her series critiquing the sexism in video game narratives last summer, Sarkeesian’s online story has been one of constant and ongoing harassment from the so-called Men’s Right’s Activists (MRAs), culminating in a huge and inevitable backlash when she finally released the first episode of the project in March. Today’s episode, continuing the “Damsels in Distress” theme, included footage from nearly 30 video games, including popular series like Grand Theft Auto, Borderlands, and Castlevania.

“Please keep in mind,” Sarkeesian stated in her usual pre-episode disclaimer, “that it’s both possible, and even necessary, to simultaneously enjoy a piece of media while also being critical of its more problematic or pernicious aspects.”

But the throng of men and gamers who’ve made it their duty to silence Sarkeesian’s series—which ran successfully for nearly two years before she decided to take a closer look at video games, unwittingly putting herself at the center of international media attention—were having none of it.

The video went live at 4:09pm Eastern. By 5:28pm Eastern it was already offline.

Looks like my harassers abused YouTube’s flag function to get my new Tropes vs Women video removed. Not the first time it’s happened.

We are looking into the issue and will update you all as soon as we know the full story and can get the video restored. #tropesvswomen

The 25-minute-long video does not violate any of YouTube’s content policies, though it does present viewers with a barrage of women who are bound, held captive, abused, and otherwise taken prisoner. 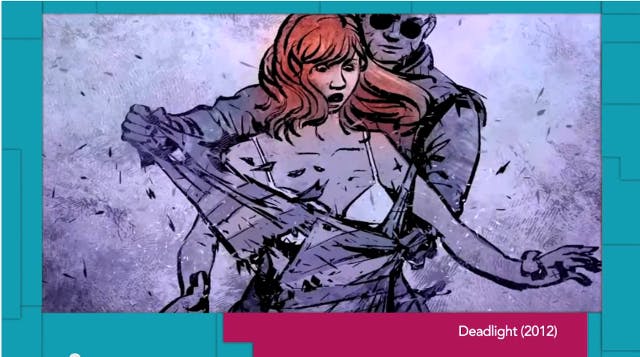 “Suffice it to say, the trope is alive and well even today,” Sarkeesian notes.

Sarkeesian’s supporters promptly hosted a mirror of the episode and took to the #tropesvswomen hashtag on Twitter to discuss censorship, while her detractors immediately launched into their fallback criticism of her “inability to take criticism,” essentially telling her that she asked for it by disabling comments on the videos.

Ironically, if Sarkeesian hadn’t disabled comments on the videos, their content most likely would have been in violation of YouTube’s content policies, due to the rampant tendency of MRAs to shower her videos with sexist insults, rape threats, and death threats. It was this initial barrage of hate speech that brought Sarkeesian so much attention during her fundraising period, and it shows no sign of letting up anytime soon.

YouTube is normally none-too-easily-swayed in its review of content policy violations, but a project as high-profile as Sarkeesian’s had no problem making its case. As quickly as it went down, the video went right back up.

We appealed the bogus terms of service violation takedown with YouTube and our video appears to be restored: youtu.be/toa_vH6xGqs

Still, if the first two videos are any indication, posting the rest of her series is going to be a continued uphill battle for Sarkeesian.