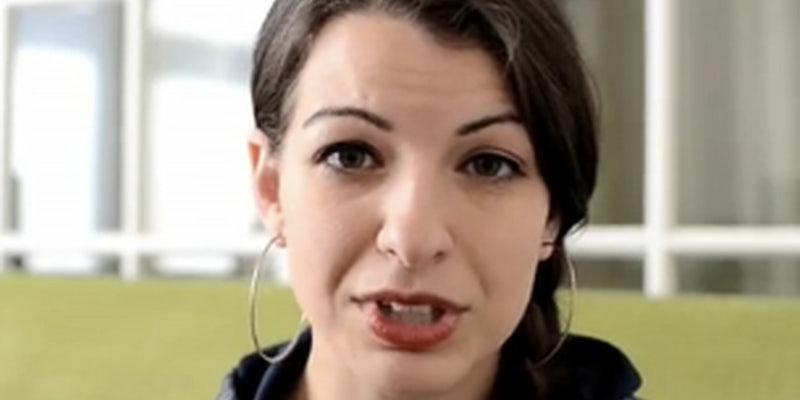 Anita Sarkeesian documents sexism in video games and on Kickstarter

The pop-culture critic behind Feminist Frequency got more than she bargained for on Kickstarter.

When Anita Sarkeesian decided to undertake a project on Kickstarter about misogyny against women in video games, she never realized how much it would hit home.

Best known for her video series Feminist Frequency, used as a teaching tool from middle school to university levels, Sarkeesian turned to the crowdsourcing platform for Tropes vs. Women in Video Games, a video series that takes a look at misogynistic tropes disparaging female characters in video games.

Sarkeesian said in an update to her backers that the opposition she’s faced on Kickstarter is on a level “more organized and sustained effort than I’ve experienced before.”

“The intimidation and harassment effort has included a torrent of misogyny and hate speech on my YouTube video, repeated vandalizing of the Wikipedia page about me, organized efforts to flag my YouTube videos as ‘terrorism,’ as well as many threatening messages sent through Twitter, Facebook, Kickstarter, email and my own website. These messages and comments have included everything from the typical sandwich and kitchen ‘jokes’ to threats of violence, death, sexual assault and rape. All that plus an organized attempt to report this project to Kickstarter and get it banned or defunded.”

Luckily, Sarkeesian told her Tumblr followers, trolls have not succeeded in shutting her up.

“These are the types of silencing tactics often used against women on the internet who dare to speak up,” she wrote. “But don’t worry it won’t stop me!”

Nor have they succeeded in shutting her down on Kickstarter.

“Thankfully, Kickstarter has been incredibly supportive in helping me deal with the harassment on their service,” she told backers.

Sarkeesian was lucky, as Kickstarter has sided with an abuser over his female victim at least once in the past. When Rachel Marone’s campaign was being spammed by her digital stalker, Kickstarter’s response was to shut down the project.

“If there is any chance that Rachel will receive spam from a stalker on her project, she should not create one,” Kickstarter told Marone’s supporters.

Kickstarter, which is notoriously difficult to reach for comment, must be choosing to ignore the torrents of hate Sarkeesian is getting, because she hasn’t been quiet about it. Though she usually disabled comments on her YouTube videos, she left the comments open and unmoderated on her Support My Kickstart Project video. The comments are predictably hateful, and Sarkeesian has even posted some of the worse ones on Tumblr.

Regardless of the opposition, Sarkeesian’s Kickstarter is a success by any measure. She reached her goal of $6,000 in fewer than 24 hour, and has amassed $33,000 with a week still to go. It goes to show that trolling never pays—unless you’re the victim.

“The hate and harassment you’ve been receiving has tipped me over the edge, and inspired me to back this series,” Siobhan Gibson commented. “Many thanks to the trolls for encouraging me to donate to this fantastic project!”