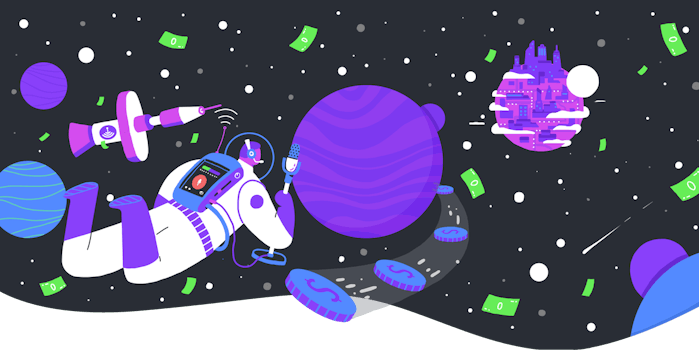 For indie creators, it could be a game-changer.

Reviews for Anchor have been flooding in since the app launched in 2016. An updated version—Anchor 3.0—shifted the aim of the app from a space for simple, short-form audio to an all-encompassing podcast shop that even lets you follow the success of your podcast after publishing.

Sponsorships is Anchor’s next step. It allows those podcasters who are just starting out to generate ad revenue by pairing them with brands, allowing them to record a customized ad and add it to their podcast to get paid. The amount they earn will, of course, depend on the number of listeners, but Anchor’s new platform will allow even small-time podcasters to see some kind of return for their content.

Sponsorships doesn’t discriminate either. Anyone can sign up for the free platform, which aims to “democratize audio,” according to a press release. The platform provides the option for any U.S.-based podcaster to connect with a sponsor. They will be paired based on factors including “subject matter, audience size, location and more.”

Podcasters are not forced to select sponsors that they match with if they don’t think the shoe fits. Creating custom ads can be done through Anchor as well. Whether podcasters choose to use Anchor’s audio tools or to upload a pre-recorded ad, Sponsorships will run it. Podcasters can choose when and where the ad appears in their episodes, even those previously aired.

Once these ads are aired in a tone that fits a podcaster’s voice, the meter is running. Sponsors submit script guidelines so podcasters know what points to hit, but creators have artistic freedom in how the message will be delivered.

“Payments are made for any and all plays, whether people are listening on Apple Podcasts, Spotify, Anchor, or anywhere else,” the press release says. The platform takes a small portion of any payment made, of course, as does Swipe, its chosen payment partner. It’s a platform in a space where there isn’t much in terms of automated revenues, and could be a game-changer for the DIY circuit.