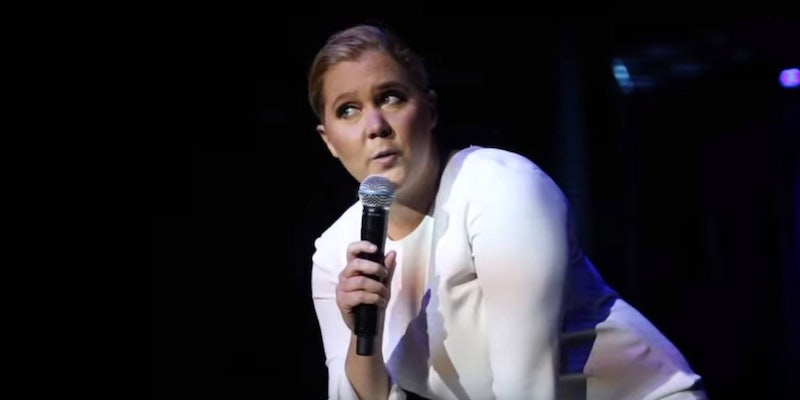 Let this be a warning to hecklers everywhere.

Amy Schumer publicly shamed a heckler Wednesday night who shouted “Show us your tits!” at her show in Stockholm, and she has the YouTube video to prove it.

Schumer, who has posed nude more than once for causes close to her heart, made it clear to the heckler, “I’ll show my tits when I want to.”

The sexist heckler seemed surprised that he got called out. Schumer asked the man what he did for a living, to which the man rocking an “I love pussies” shirt replied, “Sales.”

The crowd erupted in laughter.

“How’s that working out for you?” Schumer asked.

She gave the embarrassed fellow one more chance to enjoy the show, but he soon shouted once again. Security escorted him out after Schumer took an applause vote from the audience on whether he should stay or go.