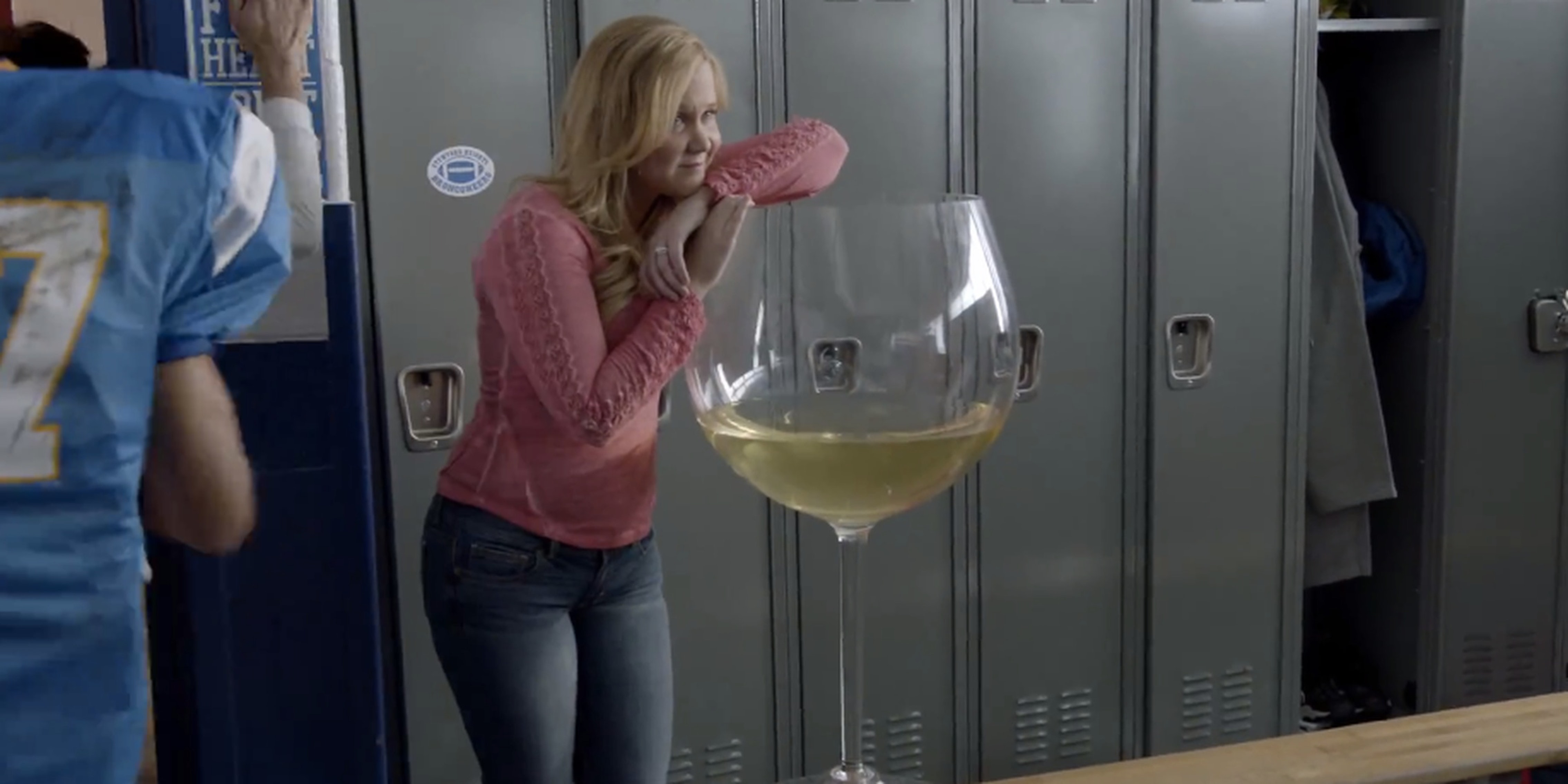 'That other team ain't going to just lay down and give it to you; you gotta go out there and take it!'

Amy Schumer’s newest season of Inside Amy Schumer returned with its characteristic punch, parodying Friday Night Lights in a sketch that proves there actually is such a thing as a funny rape joke.

In the sketch, there’s a new football coach in town who’s going to shake things up with a great new strategy: no raping. Of course, the players and the townfolk don’t take too kindly to his newfangled ideas. Throughout the clip, Amy plays the coaches wife, who’s walking around with increasingly larger glasses of wine.

With all the laughs, the bit also calls out rape culture expertly. When the team is losing the big game, coach pulls them together at the half to explain that football “isn’t about rape; it’s about violently dominating anyone who stands between you and what you want.”

Schumer’s Comedy Central show has already been renewed for a fourth season.