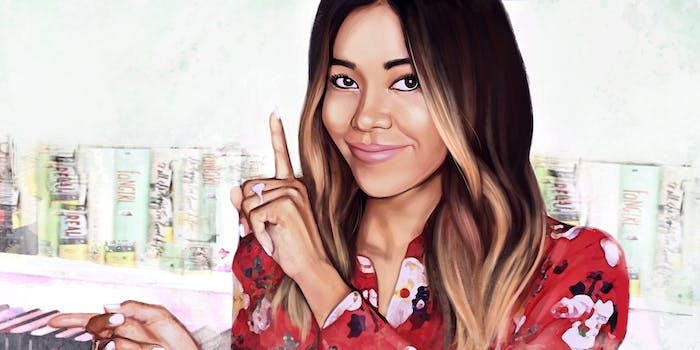 Inspiring style nerds and bibliophiles since 2014.

Twelve years after releasing her first R&B album, All I Have, Ameriie Rogers uploaded her first vlog on YouTube back in 2014. Turns out her passion for style and creativity extends well beyond the stage.

Born to a Korean artist mother and military officer father, Ameriie spent her childhood living around the world before graduating from Georgetown University with a B.A. in English. In the years that followed, Ameriie’s music gained international acclaim with her second album, Touch, receiving two Grammy nominations. Now 37, Ameriie’s 2016 EP Drive was praised by Rolling Stone as “one of the best R&B albums of the year.” But away from her roles as singer, songwriter, and producer, Ameriie is making another name for herself as a writer and YouTube personality.

Via beauty tutorials, book discussions, style breakdowns, and chats about personal growth, Ameriie has created a space on YouTube that allows her fans to explore the many facets of her creative personality. It’s a one-stop hub of lifestyle joy. From week to week her direction and videos change, yet their message is clear: You can be passionate and successful at multiple hobbies. It’s an empowering takeaway for viewers.

This year Ameriie took her love of literature one step further and began writing and editing a villain anthology due to hit shelves in July. Titled Because You Love to Hate Me, the series is a collaboration between 26 writers—13 of whom come from the BookTube community—and works to rewrite the narratives of literature’s most famous villains.

What stands out most about Ameriie’s channel is the flawless way she blends the BookTube and lifestyle video genres. Though growing every year, the BookTube community is still niche, with the most popular channels focusing mostly on young adult novels. But much like Ariel Bissett (the founder of BookTube-a-Thon) and Jen Campbell, Ameriie is expanding the accessibility of BookTube to viewers outside of the YA bracket and from communities of color.

Her channel is simultaneously an opportunity for the often-private singer to connect with her devout and veteran music fans in a shockingly personal and friendly way.

Whether you’ve come for the fashion inspiration, stayed for her tour diaries, or stopped by to talk feminism in books, Ameriie’s channel is the perfect binge to get your creative juices following.