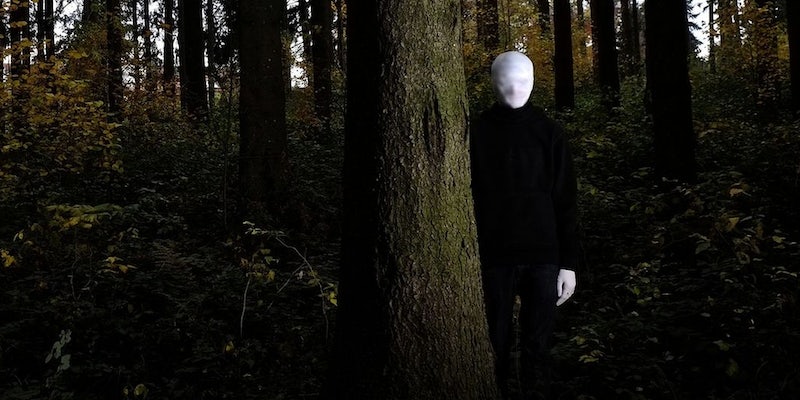 The fourth incarnation of the serieswill be set in Jupiter, Fla., in 1952.

The brisk chill of fall and the aroma of pumpkin spice lattes can only mean one thing: October is near. With that ghoulish month inching closer, so does the premiere of the latest incarnation of Ryan Murphy’s American Horror Story franchise. American Horror Story: Freak Show, set to debut on FX Oct. 8, has been teasing fans on social media for weeks with brief but terrifying trailers showcasing the show’s collection of freaks.

On Monday, the show posted one of its teaser trailers depicting a young girl holding the hand of a tall suited man whose upper body is cut out of frame. The video was posted to Facebook and Twitter captioned with “We come in all shapes and guises … #WirSindAlleFreaks,” and commenters were quick to draw comparisons to a popular photo of Slender Man, the Internet horror legend who was spawned thanks to Creepypasta.com 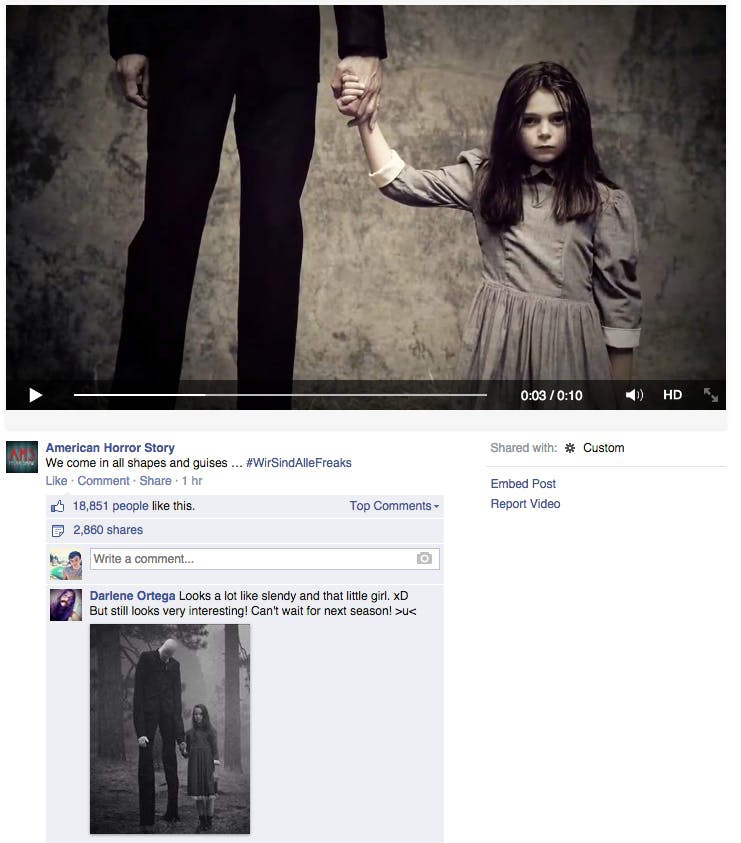 It’s unclear if the fourth incarnation of the series, which will be set in Jupiter, Fla., in 1952, will feature a character similar to Slender Man. 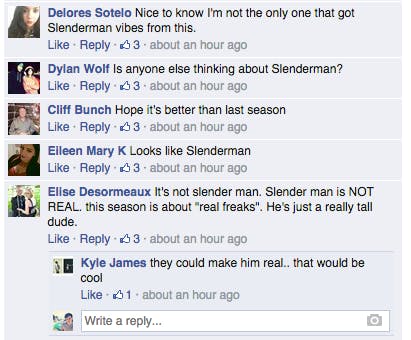 The clip certainly piqued the interest of many fans, causing them to wonder if the Internet legend and the real-life violent attacks he has inspired will influence this season of the show. For other viewers, they saw the footage as a tasteless ploy to capitalize on the fear and press that the Slender Man attacks have generated.