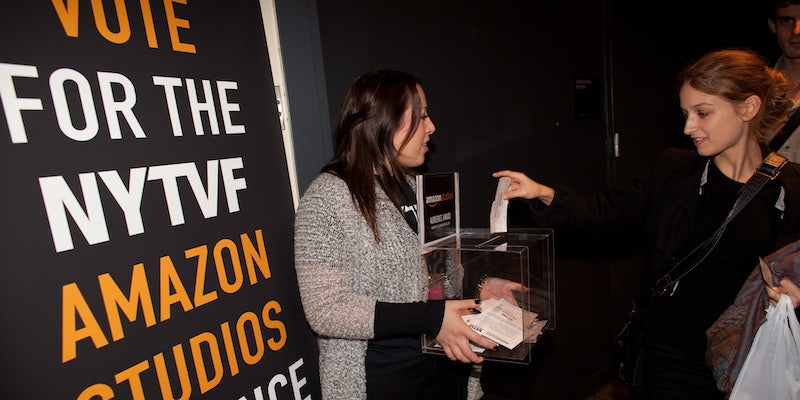 Can Amazon's original content succeed against Netflix and Hulu?

Once again, Amazon is putting its video fate in its audience’s hands. As it has done twice before, on Aug. 28, Amazon Studios will release five pilots whose fate will be determined by the votes of Internet viewers.

The five pilots are:

Whit Stillman tells the story of young Americans in search of life and love in Paris. The show stars Chloë Sevigny (Big Love, The Mindy Project).

Marc Foster‘s TV premiere is a drama about a sociopathic judge (Ron Perlman) in search of revenge for a crime that tore his family apart.

This Austin-based show is an apocalyptic look at the untold effects of social media on the mind and body that stars Mena Suvari of American Beauty and was written by Shaun Cassidy—yes, the guy from The Hardy Boys.

Arrested Development’s Jay Chandrasekhar wrote and stars in this sitcom about a Type A Chicago couple trying to hold onto their fleeting youth.

Previous Amazon Studios pilot season trials have netted Alpha House and Betas (from the first batch of pre-releases) and Transparent, Mozart in the Jungle, Bosch, The After, and kids’ series Gortimer Gibbon’s Life on Normal Street and Wishenpoof! in the most recent pilot pre-release.

Amazon continues to go head-to-head with competitors Netflix and Hulu—not to mention such TV stalwarts as CBS—in the webseries production business. Having its own set-top box—Amazon Fire TV—could put the company in a position only matched by Google and Apple, neither of which has made substantial inroads in the original content space.

The pilots will be made available via the Amazon Instant Video app and online at Amazon.com/AIV for customers to watch online.