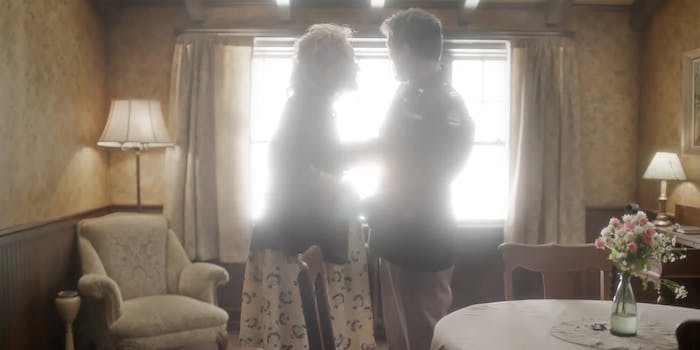 The alternate-history drama will get another turn.

The Man in the High Castle, Amazon’s alternate history drama based the famous Philip K. Dick novel, has been renewed for a third season.

The announcement comes three weeks after the show’s second season debuted on Amazon’s streaming services. While Frank Spotnitz headed the show in its first season, he departed while working on its second season, leaving The Man in the High Castle without a showrunner. That won’t be the case with season 3 as Bosch’s Eric Overmyer will serve as showrunner.

While it wasn’t as well-received as the first season, some critics noted how the show hit close to home after the 2016 election, and Joe Lewis, Amazon Studios head of comedy and drama, even noted the new-found relevance of The Man in the High Castle in his statement praising the show.

“As timely as ever, the exploration of characters at a dark point for humanity has provided incredible stories for two seasons,” Lewis said. “Eric and his team are doing an incredible job crafting stories about the inner lives of those who struggle to do good in a world that is not.”

Amazon’s official channels released a short season 3 teaser to coincide with the renewal announcement. It’s a flashback to Dec. 11, 1945 featuring Obergruppenführer John Smith and his wife in the quiet calm before witnessing a horrific event from afar. Along with the video Amazon offered a tease: “There’s more to our world.”